By Manly Bryant on June 1, 2020
Advertisement 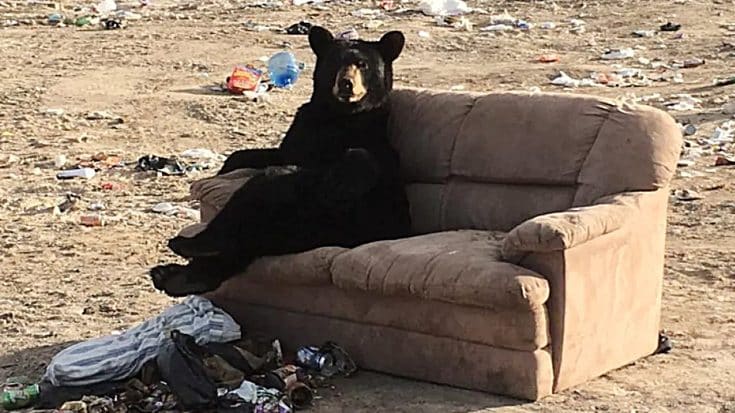 In October 2017, Mandy Stantic, a nurse from Lac Brochet, Canada took her daughter on a “northern safari” to their local garbage dump. She said she went to watch the bears and she captured several photos of a bear relaxing like a human on an abandoned couch.

“I guess this particular bear had eaten his fill and was ready to relax on the couch,” Mandy said, according to The Dodo. “All he needed was some popcorn and Netflix.”

This specific garbage dump in northern Canada is well-known for having bears because they like to search for food there. Vehicles often come by and dump garbage. When the bears see the garbage, they run straight towards it so they can be the first ones to go through it.

Apparently, one of the bears was tired and seen the couch as a good place to rest. Mandy mentioned when she first noticed the bear, she started laughing and taking pictures. She said you can’t see it in the pictures but there was a TV in front of the couch he was looking at too which made it even more amusing.

“You don’t see animals kind of imitating [humans] — sitting with their legs crossed, arms over the chair there. He’s just posing, just like a person.” CBC reported her saying.

Video News Report On The Bear Below