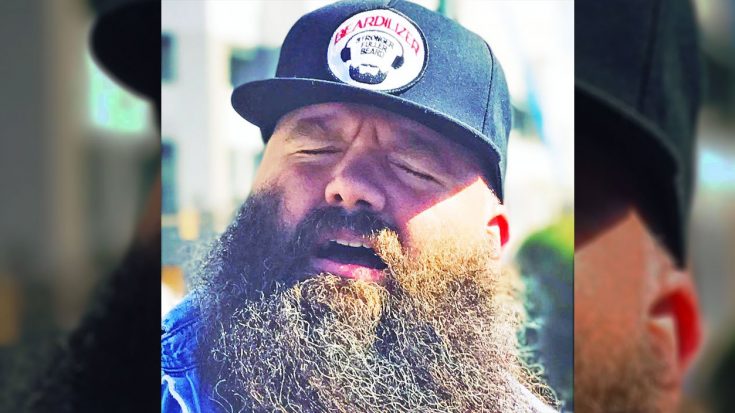 When most people hear the song title “Ice, Ice, Baby,” they think of Vanilla Ice’s 1989 rap song, which became the first hip hop single to top the Billboard Hot 100 chart.

Almost 30 years after its release, musician Marty Ray decided to transform “Ice, Ice, Baby” into a musical masterpiece that all country fans will definitely enjoy.

We haven’t been doing a ton of public shows here lately, but if you click the link in the comments you can get tickets to one coming up in September. Ps. Tomorrow is my Birthday! ?

Ray is an independent artist who was born in Memphis and grew up in Blytheville, Arkansas. He has a passion for the South, and came from a long line of musicians, preachers, and singer-songwriters.

A social media page called The Music Show is known for sharing some of the most unique music videos on Facebook, so when they heard Ray’s version of “Ice, Ice Baby,” they knew they had to share it.

Since they posted it in February 2018, it has garnered over 20 million views – and for good reason. Ray’s voice is absolutely incredible and his version is so good, it makes you wonder if this is actually the original song.

While it is MUCH more subdued than Vanilla Ice’s, Ray’s rendition will make you sway to the beat and we guarantee you’ll enjoy it just as much.

It’s only a matter of time before Vanilla Ice gives Marty Ray his stamp of approval. Watch the awesome video below.