By Megan Dinsdale on October 4, 2021
Advertisement 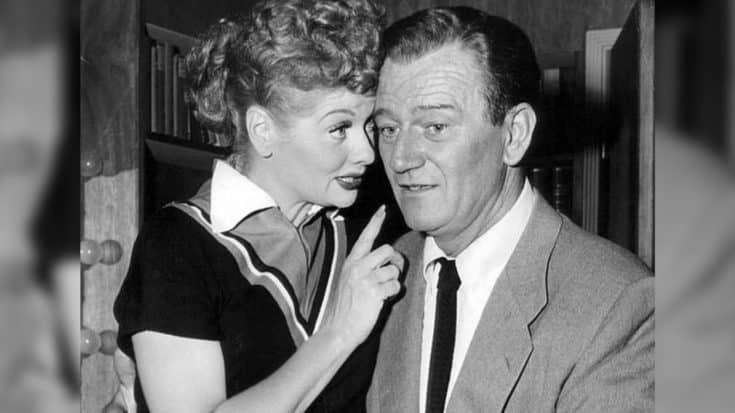 One might not expect that Western star John Wayne and comedienne extraordinaire Lucille Ball ran in similar circles, but the two were thick as thieves in their heyday, even sharing the stage on two of Ball’s shows.

Legend has it that Ball’s former roommate, Maureen O’Hara, introduced the two superstars. O’Hara and Wayne became friends after working together on several films.

Wayne and Ball showed off their chemistry on the small screen, with Wayne making appearances both on The Lucy Show and I Love Lucy.

Long-time Wayne fans may find that his appearances on the popular comedies make more sense after understanding his friendship with Ball. It was rare to see Wayne get silly — and even more rare to see him poking fun at versions of himself created for television.

It’s clear that the two have great comedic timing with one another, even though Wayne was far better known for his serious acting chops than his ability to get laughs from a crowd.

While a torrid romance between the two stars has been tabloid fodder for decades, the pair never confirmed anything more than a fun friendship that stood the test of time.