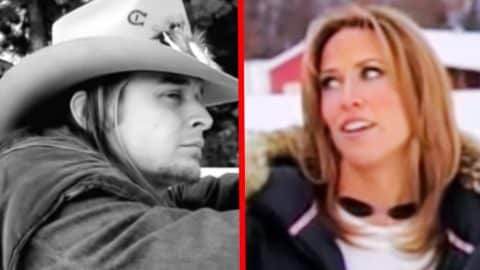 The Song That Helped Kid Rock Cross To Country

Prior to 2002, no one considered Kid Rock to be a country artist. While the then-30-year-old singer had jumped from genre to genre in the past, country wasn’t one of them.

But as you know, today, Rock has found himself more at home in the country music community than any other. His last album, 2017’s Sweet Southern Sugar, was labeled as a mix between rock and country music.

So how did the former rapper and hip-hop star end up recording songs with titles such as “Tennessee Mountain Top” and “Po-Dunk?” Well, it’s all because of one single with a one-word title…”Picture.”

Most people think that Rock’s introduction into country music was when he released his smash hit “All Summer Long” in 2008. The song became Rocks’ first (and only) Top 10 country hit in the U.S., and topped the charts in various other countries around the world.

But “All Summer Long” was actually Rock’s second big country music success. The first was his 2002 single “Picture,” which featured Sheryl Crow as his duet partner.

The song went on to claim the 21st spot on the Hot Country Songs chart, but excelled as a crossover hit. It climbed all the way to the fourth spot on the all-genre Billboard Hot 100, performing even better on that chart than “All Summer Long” did six years later.

The Duet That Got A Rough Start

Now known as one of his signature songs, Rock performs “Picture” every chance he gets. But since Crow isn’t always there to sing with him, he will sometimes invite other female artists to participate in the duet.

Over the years, he’s performed “Picture” with many talented female singers, including Martina McBride, Kellie Pickler, and LeAnn Rimes.

Rock seems to perfectly adapt to whoever he sings “Picture” with, and there’s a good reason for that. It’s a reason rooted in a bit of drama that occurred behind the scenes before the song ever reached radio. And that drama nearly kept the song from ever being released in the first place…

As mentioned earlier, Rock recorded “Picture” with Crow as his duet partner. However, things were a bit complicated because Rock and Crow were signed under separate labels.

Despite efforts made by Rock’s label, Atlantic Records, they couldn’t get permission from Crow’s label, A&M Records, to release the song as a single.

#379 of the top 400 songs from 1980-2017. There are two versions of this song because of record label rights for the featured artist on this song. I'll post both, but first here's the original version of Picture by Kid Rock featuring Sheryl Crow…https://t.co/LtxCJ0t6rP

That left Rock with a song he wanted to make a single, but no approved duet partner to sing it with. Rather than ditch the song entirely, Rock and his team tracked down a new duet partner, alternative country singer Allison Moorer.

Even though Moorer was signed to A&M’s sister label Universal South Records, her label had no issues with “Picture” being released as a single with her vocals attached. So contrary to what you’ve likely always believed, it was Rock and Moorer’s rendition of the song that was officially released on a commercial scale, not Rock and Crow’s.

Now we know what you’re thinking…but why is it that you always heard Crow on “Picture” instead of Moorer? An interesting twist in the behind-the-scenes drama explains the reason why.

Despite the fact that Rock’s label only had permission to distribute the Moorer version of the song, radio stations somehow got their hands on the original rendition that featured Crow. While those stations, mostly mainstream and rock/alternative, played Crow’s recording, more country stations played the version that featured Moorer.

Both renditions caught on, with the Rock/Crow version being the most popular of the two. Because of this, it was Crow who was featured in the song’s official music video, not Moorer.

Because two featured artists were connected to the track, it was credited in a unique way on the Billboard charts. Both Crow and Moorer were named in the credits no matter where the song appeared, with the charts listing it as being by Rock featuring Crow or Moorer.

The hidden drama that occurred prior to the release of “Picture” threatened to end its run as a single before it ever was one. Rock and his team found a replacement in Moorer, but never could have anticipated that radio would still play the unauthorized version of the song that featured Crow.

So instead of never being released at all, “Picture” was released not once, but twice, featuring two different artists. It’s one of the most unique stories about a country song’s release that we’ve ever heard, and we’re sure the same is true for you too.

Did y’all ever hear about the huge mess that occurred before “Picture” debuted? Or better yet, did you even know there were two versions? If you didn’t, you can now understand why!