By Jennifer Pernicano on January 13, 2020
Advertisement 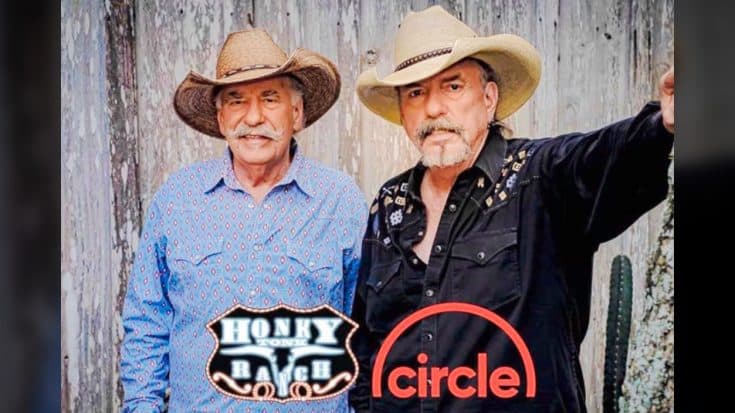 The Bellamy Brothers are responsible for hits like “Let Your Love Flow,” “Sugar Daddy,” “Do You Love as Good As You Look,” and many more. In total, they had 26 songs hit the Top Ten on the Billboard country charts, including 9 number ones.

Not only are David and Homer Bellamy a chart-topping duo, they are experienced ranchers and in 2018, invited their fans into a side of their lives not many get to see. They kicked off a reality show called Honky Tonk Ranch on the Cowboy Channel on April 8, 2018.

The show followed their lives on their ranch in Florida along with their entire family, and showed how they balanced ranching, touring, recording, and their family. Honky Tonk Ranch ran for two seasons until 2020, when the brand-new Circle Network announced they are launching a show called Bellamy Brothers’ Honky Tonk Ranch!

Although it will technically be their third season on television, the new show is launching as season one, and will begin airing on Saturdays at 11:30am EST. According to a press release, the new show will feature legendary guests such as Tanya Tucker, Mickey Gilley, Joe Diffie, and many more.

Everyone,Sometimes, things fall into place and magic happens. Sheila and I flew to Tampa, Florida to spend some time…

Along with Bellamy Brothers’ Honky Tonk Ranch, Circle Network is launching 15 new shows as well as reruns of Hee Haw and broadcasting shows at the Grand Ole Opry. To find out more about Circle Network’s programming, click here.

Circle Network is broadcasted in markets that cover over 50% of households in the United States, with more cities coming soon, and a streaming service launching in Spring 2020.