By Manly Bryant on January 4, 2019
Advertisement 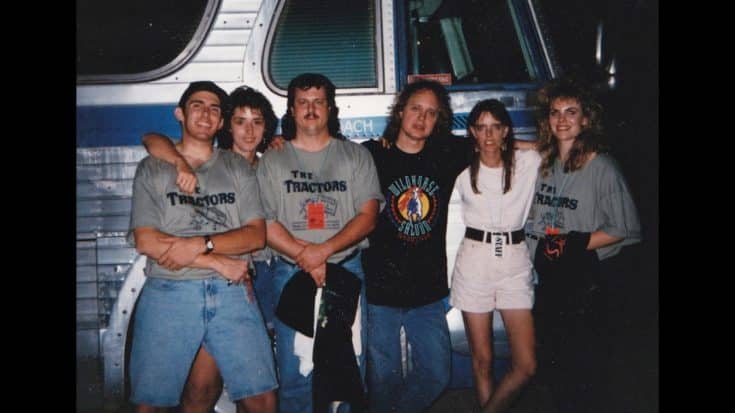 This talented and well-known Oklahoma native chartered a career that lasted more than three decades and became the lead singer and producer of one of America’s most loved country rock bands.

Sadly, just days after the new year, his passing brings a somber tone to the world of music – especially the Red Dirt style that he’s best known for.

Join us at The Farm, as we REWIND back to the origins of red dirt music, with songs by Steve Ripley, Bob Childers, Tom Skinner & more! 7pm tonight on @KOSURadio & @thespyfm pic.twitter.com/RxNxx16xlQ

Born in Boise, Idaho but raised in the heart of Oklahoma, Steve Ripley is credited with the first usage of the term “Red Dirt” to describe music along with his band Moses. They used it on their self-published live album in 1972.

Ripley was best known for his work with the country-rock band The Tractors which he formed in 1988. The group was nominated for two Grammy Awards and received numerous other accolades for their incredible brand of country music.

We lost a friend and towering source of encouragement and inspiration today with news of the passing of “Oklahoma” Steve Ripley. Guitarist, inventor, DJ, archivist, keeper of many flames, we aspire to be as true in our work as Steve was in his. Photo: Howard Alk 1981 pic.twitter.com/WiYnuWFP3W

While he was a notable musician in his own right, he also is famed for being an inventor, producer, songwriter, studio engineer, and spectacular guitarist.

Bob Dylan, who Ripley worked with on many projects, famously called him one of his favorite guitarists. Ripley started his namesake guitar company, Ripley Guitars, in Burbank, California in the early 1980s and created guitars for notable people like Jimmy Buffett and Eddie Van Halen among others.

Sadly, on January 3rd, 2019, Ripley passed away at the age of 69 at his home in Pawnee, Oklahoma. According to a press release cited by NewsOK.com, Ripley had been battling cancer for some time and finally succumbed to the disease.

Our hearts are heavy as we mourn the passing of this talented and influential leader of country music. We are keeping his family, friends, and fans in our thoughts and prayers during this very difficult time.

Watch The Tractors world-famous hit song “Baby Likes To Rock It” below.