By Miranda Raye on January 23, 2019
Advertisement 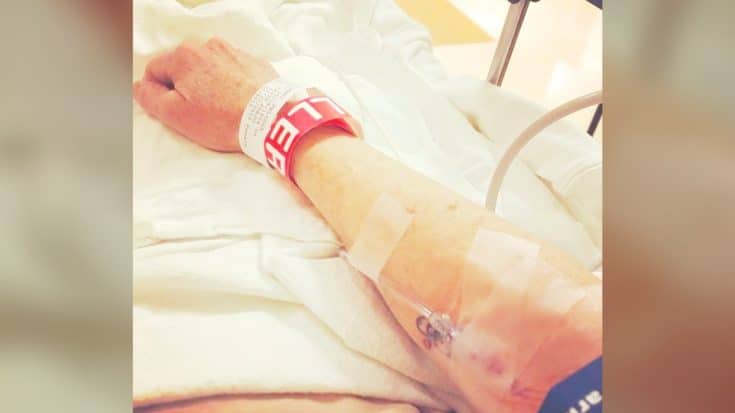 One Of TV’s Longest-Lasting Stars

During the 1970s and 1980s, one of the leading shows on television was Little House on the Prairie. Based on Laura Ingalls Wilder’s Little House book series, the show centered on her character and her family.

Laura was played by actress Melissa Gilbert throughout the duration of the series. She first stepped into the role when she was only ten years old.

Following Little House’s end, Gilbert continued to enjoy a fruitful career on television, appearing in series such as Gunsmoke, Touched by an Angel, and Batman: The Animated Series.

She also participated in the 14th season of Dancing with the Stars in 2012. She placed fifth during her season alongside her professional dance partner Maksim Chmerkovskiy.

A Long History Of Health Issues

Gilbert had to fight hard to remain on the show, with her enemy being her own body.

Just four weeks into the season, Gilbert hit her head on Chmerkovskiy’s leg during a dance, and suffered a mild concussion as a result. Despite this, she powered through the remainder of the season until she was eliminated.

Since Gilbert was able to dance for weeks after suffering her injury, all seemed well. But years later, in 2016, that injury was still an issue, and forced her to end her campaign for a congressional seat in Michigan.

Speaking to People at the time she called off the campaign, Gilbert explained that she never fully recovered from the injuries she sustained during her time on Dancing with the Stars. On top of that, just a few months later she was injured even further when a balcony collapsed and fell on her head.

At the time, Gilbert said she was suffering from two herniated discs in her spine, and that she would require surgery. According to her, these issues date back even further than the Dancing with the Stars incident, as she had surgery to fuse a herniated disc for the first time in 2003.

After that announcement, Gilbert’s health seemed to improve, and she took on a role in the TV film Tenure in 2017.

But it appears after so many years of injury and pain, Gilbert is still working to return to a state of better health. On Tuesday (January 22), she shared that she was undergoing surgery yet again, this time to repair a torn labrum (a rim of cartilage), bone spurs, and the rotator cuff in one of her shoulders.

Gilbert showed great courage as she prepared for her surgery, including the hashtag “#letsdothis.”

A post shared by Melissa Gilbert (@melissaellengilbertbusfield) on Jan 22, 2019 at 4:20am PST

Just a few hours later, Gilbert updated everyone on how the surgery had gone, saying that it was time to “Let the healing begin!”

A post shared by Melissa Gilbert (@melissaellengilbertbusfield) on Jan 22, 2019 at 8:52am PST

We’re glad that Gilbert’s surgery was a success! We hope she has a quick and complete recovery so she can feel better and get back to doing what she loves.

America fell in love with Gilbert years ago when she starred on Little House. She proved in her audition tape that she was made for the role…and you can catch that footage below.