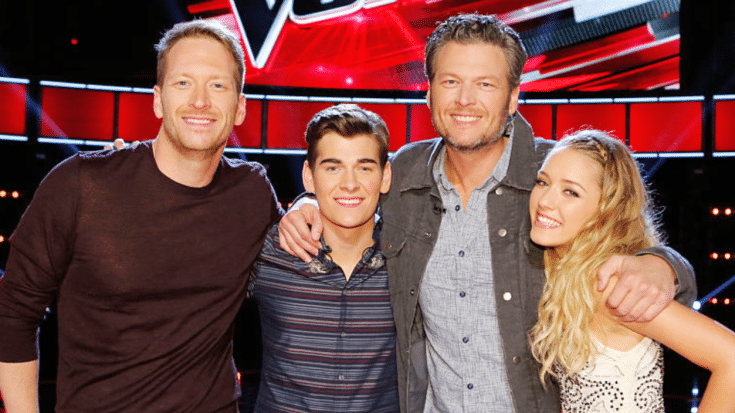 One Of Blake’s Most Beloved Voice Finalists

If you think back to Season 9 of The Voice, you’ll remember that Blake Shelton had one of the best teams of the season. Two of his team members made it into the finale, with Arkansas native Barrett Baber placing third and then-17-year-old Emily Ann Roberts placing second.

Since then, Roberts has kept herself busy as she has furthered her music career. While she hasn’t released a solo record yet, she has continued to record and release songs for her fans to enjoy.

In October, she debuted a brand-new song, titled “I’ve Got Forever.” She has shared both an official audio clip of the song and a special acoustic rendition.

What Emily’s Been Up To

When she isn’t recording, Roberts keeps busy with one performance after another. Recently, she had one major performance on her schedule, and you could tell from her social media posts that she was really looking forward to it.

That performance was set to take place at the most esteemed venue in all of country music…The Grand Ole Opry. While she had performed at the Opry before, she was still excited to have her voice be heard on country music’s most iconic stage.

Nothin makes me grin as big as singing at the @opry!!! I can’t wait to play my new music on the Opry at the Ryman next weekend on November 24th!????

From the sounds of it, Roberts’ return to the Opry was a magical one. The young singer took to social media to talk about her special night and gush about the gorgeous dress she got to wear for the occasion.

Saying that the pattern reminded her of “stained glass windows,” Roberts said that she “couldn’t imagine a better dress to wear to sing at the Mother Church.”

The detail of this dress reminds me so much of stained glass windows.. I couldn’t imagine a better dress to wear to sing at the Mother Church? Thank you so much @bellaboutiqueknoxville for makin my dress dreams come true!

In another post, Roberts took the time to thank everyone who came out to watch her Opry show. She had one special person to thank specifically after he stopped by her show to surprise her.

That special someone was none other than her former Voice coach!

Over the years, Shelton has made it his mission to support his Voice team members in any way he can, no matter what place they came in or how long ago their season was. He often attends their shows, includes them on his tours, and gives them coveted performance slots at his Ole Red restaurant venues.

So as you can imagine, Shelton’s presence at Roberts’ show was something she sincerely appreciated.

Such a sweet surprise to see Blake tonight! I’m so thankful for this guys support? Thank you SO much to everyone who came out Tonight. Y’all were incredible!?

It warms our hearts to see Shelton supporting his former team members in such a way!

Over the years, Shelton has been given the opportunity to sing in the Voice finale with his team members many times. He got the chance to do so with Roberts during her season, and their duet on “Islands in the Stream” is one of our all-time favorite coach/contestant collaborations. Check it out below!