By Manly Bryant on September 5, 2019
Advertisement 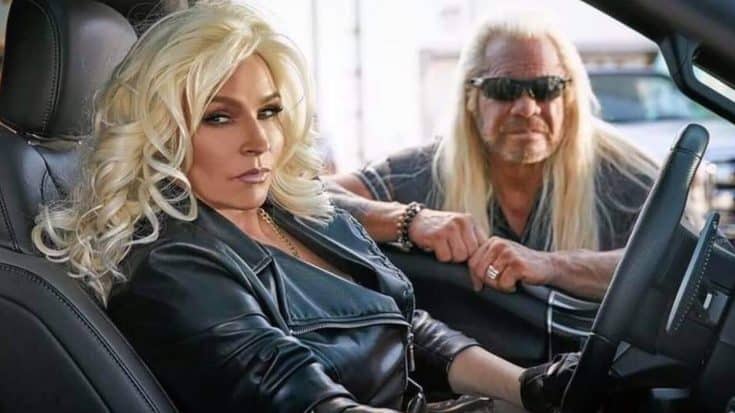 While the show will chronicle some of the darkest moments in Beth’s life as she fights Stage 4 throat cancer and aims to make the best of her final days – it also highlights the fire of her spirit and the love she had for what she did.

In a brand new interview with TMZ about the forthcoming season, Dog opens up about how difficult it is to watch even the trailer for their new show. He admits that he hasn’t seen any of the episodes yet – and stayed out of how the production company cut the show.

“This time I didn’t get involved…that was a little too hard because like, what – cut her out of something?”

He says he’s going to be watching it just like everyone else for the first time.

“Even the commercials [for the show] get to me.”

While it’s hard to watch the show for him, he says that she truly showed her personality when working – and even up until the very end.

“Oh yeah she’s out there [in the field],” Dog told TMZ. “Last thing she did legally was tase a guy!”

He chuckled after saying it, surely as the image of his beloved wife tasing a criminal they were chasing ran through his head.

It’s such a difficult time for their family, but they are trying their best to keep it together and follow up with their commitments to doing press about the show.

Watch this full interview below along with the first several trailers for the new show Dogs Most Wanted.

Strap yourself in! #DogsMostWanted premieres in ONE HOUR. Watch at 9/8c on @WGNAmerica. You won't want to miss a single minute. pic.twitter.com/odx8PdiSJc