By Jennifer Pernicano on December 9, 2021
Advertisement 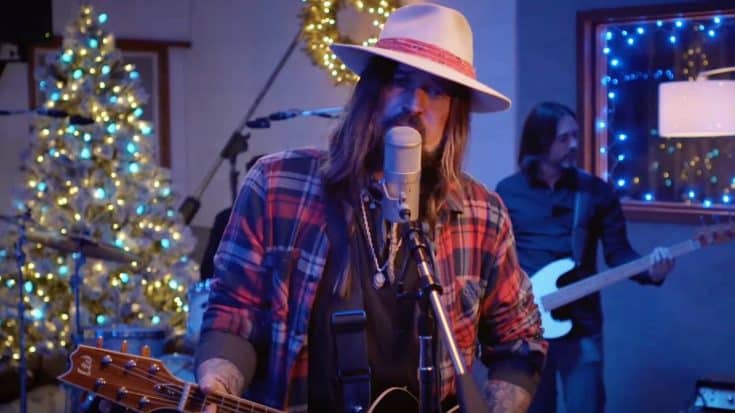 On November 29, CMT announced a Christmas special titled “A Tennessee Kind of Christmas,” which would be airing on December 8th. Performances would be given by Pam Tillis, Wynonna Judd, Billy Ray Cyrus, Amy Grant, Sara Evans, and more at eight popular locations around Nashville.

Clay Walker performed in a barnyard, Sara Evans sang at the historic Ryman Auditorium, while Wynonna Judd performed at Nashville’s Cheekwood Mansion and Museum. Billy Ray Cyrus took part in the special by performing one of his heroes’ songs, “Blue Christmas.” Cyrus is such a huge fan of Elvis Presley, even creating an entire TV show around being an Elvis impersonator.

Cyrus channeled his inner-Elvis for the “Blue Christmas” tribute which would have made his hero proud. On the video posted to Facebook, CMT wrote, “There’s no way I could feel blue when Billy Ray Cyrus hits the stage!” and fans agreed.

“I couldn’t agree more, thank you CMT! Love that I got to see this here in the UK. Any chance to see BR brightens my day,” wrote one fan.

“Loved this show and especially, Billy Ray Cyrus, singing this song. I wish he would record a Christmas album sometime.”

We’ll let you form your own opinion…watch his performance below!