By Manly Bryant on February 19, 2019
Advertisement 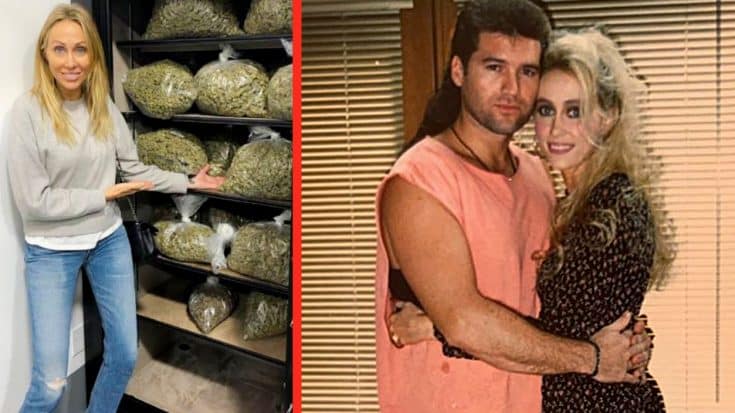 Opening the door to this massive safe must have unleashed a smell like no other – one that tickled the nose of both Billy Ray Cyrus and his beloved wife, Tish.

For more than 40 years, Billy Ray admits that he was a closet marijuana smoker – but now that “times are a changing” he and wife Tish – along with daughter Miley Cyrus are all very open about partaking in the weed revolution.

Just a day after Valentine’s Day 2019, Billy Ray Cyrus shared a photo of his wife standing in front of an absolutely massive safe filled with heaps of weed. Giving her best Vanna White impression, Tish beamed a smile as her hubby took the phot0.

“Yes! Like I said Tish Cyrus….my how the times they are a changing #CrAzYMaMa,” Billy Ray captioned the photo he shared on social media.

Although many of y’all might think that Willie Nelson was one of the first weed-smoking country stars, he’s only one of the many as more and more open up about their own penchant for the green stuff.

In an interview, Miley Cyrus once revealed how she had given up weed for some time but her mom was the one that convinced her to start smoking again.

To clear up any misunderstanding on the photo, Tish commented on Instagram and explained that the weed was NOT hers – and also called Billy Ray insane for his funny photo and caption.

“First of all … my husband @billyraycyrus is INSANE,” the posted. “Second, this picture is also insane, and third this is NOT my weed or my house. Hahah. But if it was, that would be amazing for so many reasons!”

Just the day before, Billy Ray Cyrus had shared another photo of his wife Tish with a bouquet of weed and a caption that explained his 40-year hidden smoking habit – and how it once cost him a car!

“What? And I had to be a closet smoker for 40 years? Once had to buy @TishCyrus a car just because she smelled it on me…”

Truth be told – weed is a very popular vice for many people and used as a treatment by many many more. Clearly, the weed revolution is on a steady roll – and we think this photo is high-larious!

Check out the video below where Tish Cyrus talks about first meeting Billy Ray and her former wild years.