By Jennifer Pernicano on May 21, 2020
Advertisement 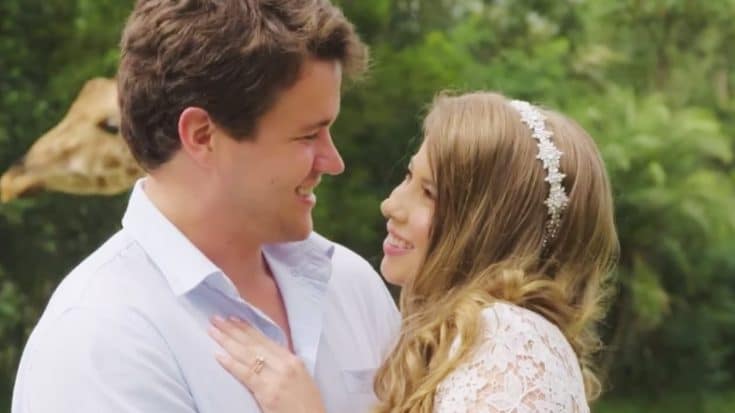 On March 25, 2020, the late Steve Irwin’s daughter, Bindi Irwin, announced on social media that she had married her longtime love, Chandler Powell.

Bindi wrote, “We held a small ceremony and I married my best friend. There are no words to describe the amount of love and light in my heart right now. We’ve planned this beautiful day for nearly a year and had to change everything, as we didn’t have guests at our wedding.”

They were forced to not have any guests due to the coronavirus pandemic, and while they were saddened to not be able to share the day with Chandler’s family and the rest of their friends, Bindi said, “It was a tough decision but absolutely the right one.”

The only people in attendance were Bindi’s mom Terri – who helped the bride get ready – her brother Robert, and her father’s best friend Wes Mannion. Bindi said they lit a candle in Steve’s memory during the ceremony. Her dad was also honored during the ceremony with a portrait of him next to where they said “I do.”

Just one day after sharing this sweet moment with her followers, Bindi shared her wedding video.

The video starts with a few beautiful shots of Chandler and Bindi with a koala and a voice over from Bindi saying, “I think Dad is here in a way. I think his spirit lives on in everything that we do.”

The couple exchanged vows, which included many meaningful promises to each other, followed by their first kiss.

The entire video is so beautiful, make sure to watch it below.