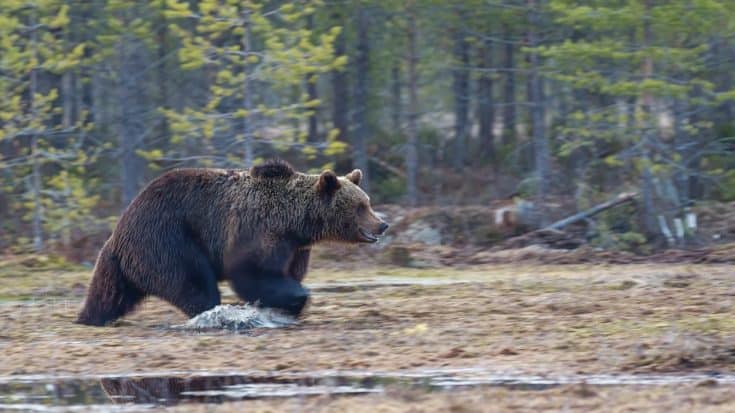 A bear in the Great Smoky Mountains National Park has gotten into some trouble after attacking a 16-year-old girl who was sleeping in a hammock.

The girl was camping at Backcountry Campsite 29 with her family when the incident went down. Rangers said the family’s food was properly stored away from the sleeping area so that was not the cause of the attack.

The girl’s screaming woke up the family who were able to stop the bear and drive it away from the campsite. They immediately called for help and rangers drove over to provide medical care to the girl.

The attacked happened at 12:30am and “The Tennessee Military Department and Tennessee Emergency Management Agency were alerted shortly before 7 a.m. Friday about the wounded teen,” WBIR wrote.

A helicopter flew out to the campsite and picked her up at 8:45am to be transported to critical care paramedics. Since then, park officials say she is in stable condition.

Park rangers scanned the area and found two adult bears. One of them was larger and had been seen many times by different campers who tried to scare it away with no success. The family confirmed that was the bear that attacked their girl and so wildlife authorities euthanized it.

After investigating further, the bear was found with human blood on it, confirming it was that bear that attacked the girl. In these special cases where a bear attacks a human, under law, authorities have to euthanize the bear because it’s highly likely it will attack another human again.

“While serious incidents with bears are rare, we remind visitors to remain vigilant while in the backcountry and to follow all precautions while hiking in bear country,” the park’s Superintendent Cassius Cash told WBIR. “The safety of visitors is our No. 1 priority.”

Authorities say the campsite, which is located 5.7 miles from the Maddron Bail Trailhead, has been closed until further notice.