By Manly Bryant on November 19, 2020
Advertisement 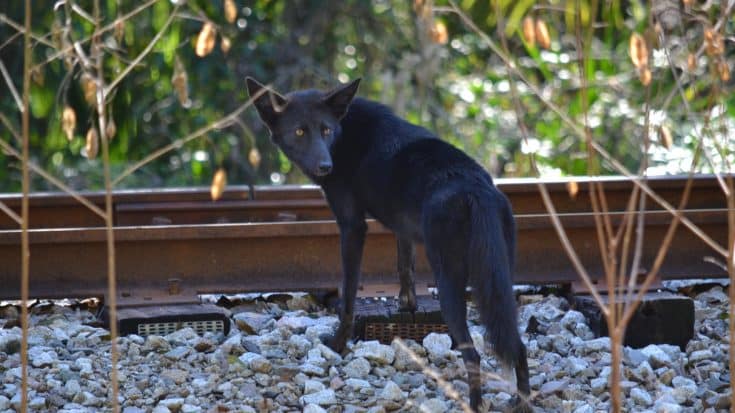 Brendan Barrett captured a daunting picture of a black coyote running around the neighborhoods of Westchase, Florida.

Brendan said he was riding his bike through a trail in Westchase with his camera on him and was on a mission to capture pictures of some birds. As he was looking around for them, he noticed something running around near the railroad tracks. It was a coyote!

“What struck me was its bright yellow eyes,” Brendan told FOX 13. “There are birds that you are going to shoot a photograph of and they will just take off. This thing was just looking around, totally non-plussed by me being there.”

Victoria Johnson also captured pictures and a video of the coyote.

Wile E Coyote decided to stop by for a visit

The Florida Fish and Wildlife Conservation Commission (FWC) said that black coyotes are uncommon in the state but they are not rare. FWC also added that it doesn’t do much good to trap them because another one will take its place. They recommend that folks just stay aware while they are outside with their children and pets.

“You just want to be aware of your surroundings, coyotes are no exception, especially if you have small pets,” Bryce Phillippi from the FWC stated, according to FOX 13.

Interview With Brendan About The Coyote Below