By Jennifer Pernicano on January 29, 2019
Advertisement 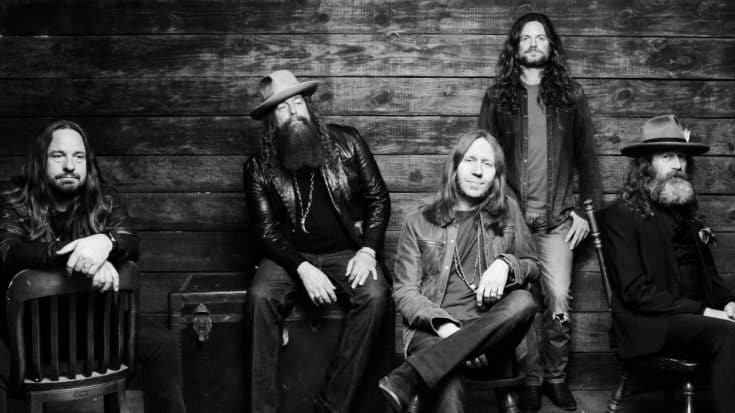 Since their debut in 2003, Southern rock/country band Blackberry Smoke has been making waves in a few different genres. They’ve released seven albums – two of which went number one on both the country and rock charts – and four EPs, which produced ten singles.

For their 2009 album Little Piece of Dixie, Blackberry Smoke enlisted the help of Jamey Johnson and the legendary George Jones for a cover of Willie Nelson‘s “Yesterday’s Wine.”

The five-member band has toured the United States as a headliner and as the supporting act for bands like Zac Brown Band, ZZ Top, and Lynyrd Skynyrd. Currently, Blackberry Smoke is on the second USA leg of their Find A Light headlining tour.

The second leg of the US Find A Light tour starts next week!! Check our insta stories for tickets to your show and we’ll see you there!

Charlie, Paul, Brandon, Richard, and Brit have wanted to do something for the people who are affected by the recent government shutdown, and they finally figured out how they could help. The band has announced that they will be giving out free tickets to “the brothers and sisters who recently went without a paycheck and worked for free, or were told not to come to work over the last few weeks.”

They revealed this news to their fans on Monday (Jan 28) on social media.

Friends, we have worked with the promoters on our upcoming shows to extend a hand to the brothers and sisters who recently went without a paycheck and worked for free, or were told not to come to work over the last few weeks. While we know that there has been a temporary resolution to get people paid for 3 weeks, it does not insure confidence that everything will work out. In the meantime, if you are/were affected by the Federal Government Shutdown, and were NOT receiving a paycheck, we want to invite you and one other person out to enjoy a night of great music and people at an upcoming tour stop. Check the link in our insta story. We appreciate all the hardworking, dedicated fans out there and always stand with you.

They included a link for more information, which you can find here.

“We aren’t here to talk politics.  We aren’t debating anyone’s personal beliefs, but if you’re a federal employee who wasn’t getting paid or put on furlough and need a break from all the bullshit that’s been happening around it, we’d like to invite you out for a night to an upcoming Blackberry Smoke show.  We know there is a temporary, 3 week, solution, but we would still like to extend an invitation,” they wrote on the website.

Blackberry Smoke ended their note on the website with a word of support.

“We know it’s not a lot but hopefully, you can meet some great people, listen to some music, and put your mind at ease for a little while.” they wrote. “We support all American workers and want you to know you are appreciated.”

Check out the website here to fill out the form if you aren’t working because of the shutdown and would like to see Blackberry Smoke for free.