By Jennifer Pernicano on December 3, 2021
Advertisement 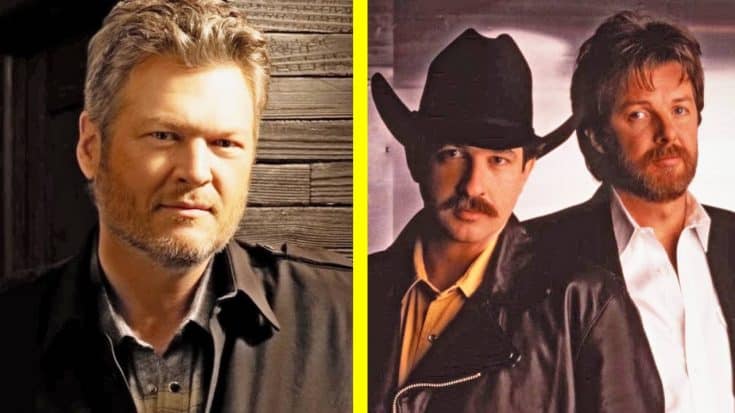 On September 29, Blake Shelton announced he would be releasing a Deluxe Edition of his album Body Language on Friday, December 3rd. He revealed that along with the album’s original 12 songs, it would feature four new tracks, including his latest single “Come Back As A Country Boy.”

On October 1st, Shelton revealed the full track listing, including the four unreleased songs: “Come Back as a Country Boy,” “Fire Up the Night” featuring HARDY, ” “Throw It On Back” featuring Brooks & Dunn, and “We Can Reach the Stars,” which served as his vows to wife Gwen Stefani at their July wedding.

Just from the track listing, we obviously were excited for “We Can Reach The Stars,” but we were also dying to hear his collaboration with the legendary duo Brooks & Dunn!

Finally, on December 3, it was released and it will bring you back to 90s country in the best of ways. The song is about “throwing it back” to the good ol’ days and also throwing back some drinks! It’s a super fun song that we’re sure will make the drinks flow at any party you attend.

Take a listen to the collaboration below.