By Miranda Raye on April 18, 2021
Advertisement 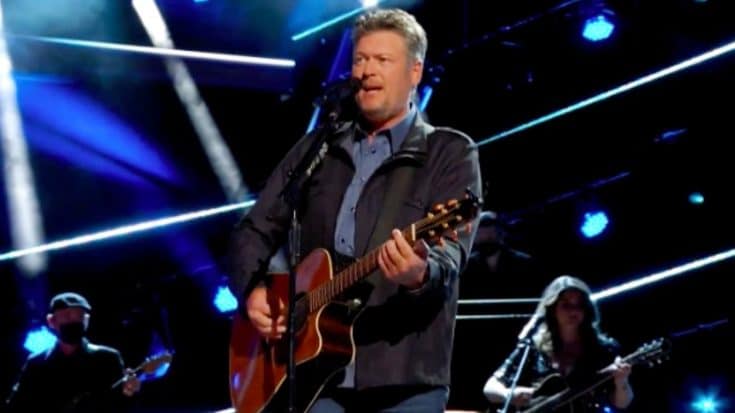 In 2001, Blake Shelton made his way into mainstream country music with the release of his debut single, “Austin.” The song went on to become Shelton’s first #1 single as well.

“Austin” was also a hit outside of the country music world. It peaked at the 18th position on the all-genre Billboard Hot 100 chart.

Today, Shelton has many more #1 singles under his belt and a wealth of awards to his name. But he’ll always hold a special place in his heart for “Austin” as the song that started it all for him.

In celebration of the song’s 20th anniversary, Shelton revived “Austin” for his performance at the 2021 ACM Awards.

If it's Sunday night we're watching the #ACMawards. And P.S.—If this is @blakeshelton, we still love you ❤️ pic.twitter.com/b2mWDyDsCG

But it wasn’t the only song he sang during the ceremony on Sunday night. He also performed his then-current single “Minimum Wage.”

Shelton’s performance of “Austin” was just as passionate now as it was 20 years ago. Those who love the song were in for a treat, because Shelton sang it in its entirety before he transitioned into singing part of “Minimum Wage.”

For those who have followed Shelton since the start of his career, it was a neat experience to see him sing his first single alongside his newest one. You can watch him sing “Austin” at the 2021 ACM Awards by checking out the video below.

Who else finds it hard to believe that “Austin” is already 20 years old?