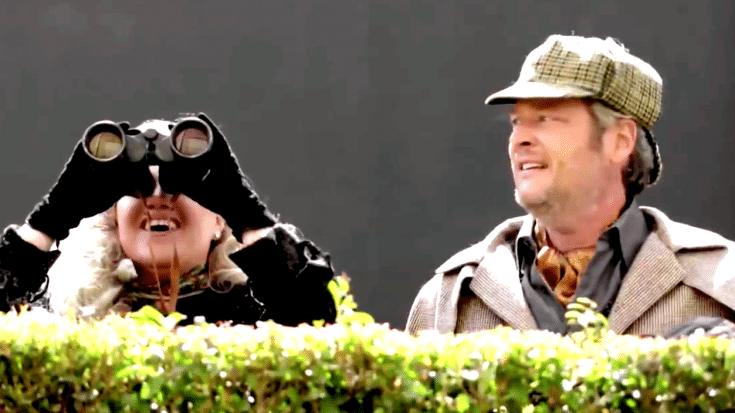 His alter ego is taking over – Detective Dallas Colt! And he’s joined by his trusty sidekick, P.J. Barnes.

Of all the ways this season of The Voice could have opened, it appears that they chose the best option available! Blake Shelton‘s secret identity and his adventures in solving crimes!

.@blakeshelton aka Dallas Colt P.I. runs with all the grace of a gazelle. https://t.co/H9G0c50zZ1 #VoiceFinale @NBCTheVoice pic.twitter.com/MgKWQJuA2w

Yes, Dallas Colt P.I. is definitely a show worth watching, and with Kelly Clarkson starring as his sidekick in crime solving, it’s sure to be a sell-out hit! But wait until you see who’s making a special cameo in this whimsical trailer for Blake’s “new show.”

Donning a wig and an eye patch, this goofy skit pokes fun at all the comical points of a crime-fighting drama, blending elements of Magnum P.I., Sherlock Holmes, and many others.

While the skit itself was hilarious, it was Adam Levine’s reaction that topped it all off!

If you’ve ever wanted to see Blake Shelton dress up as a detective and run like a semi-graceful gazelle…you NEED to see this promo for his “new show”!

Watch the full clip below and let us know what you think in the comments! Would you watch it?