By Miranda Raye on January 21, 2020
Advertisement 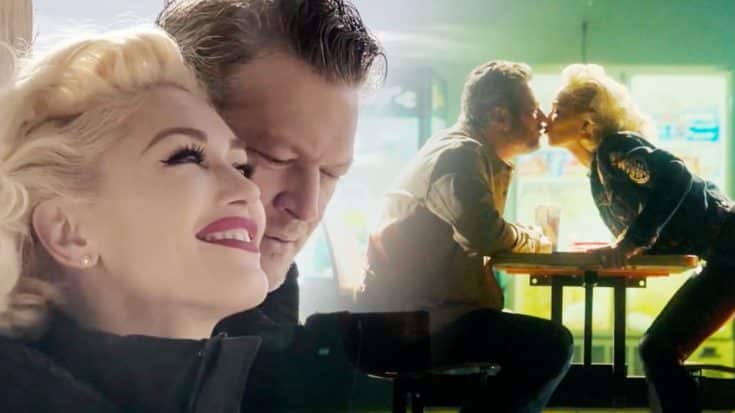 On December 13, 2019, Blake Shelton dropped his newest compilation album, Fully Loaded: God’s Country. The album contains a mix of old tracks and new, with some of the new songs being “God’s Country” and “Hell Right.”

Another new song that debuted with the album is titled “Nobody But You.” The song features Gwen Stefani, making it their third recorded collaboration. (And now they’re married and have a fourth duet!)

The couple co-wrote their two past duets, “Go Ahead and Break My Heart” and “You Make It Feel Like Christmas.“ But they didn’t write “Nobody But You.” Instead, that credit goes to Shane McAnally, Ross Copperman, Josh Osborne, and Tommy Lee James.

Still, Shelton felt an instant connection to the song when he heard it. He knew it was the perfect song for him to record with Stefani.

“It’s our song. I think it’s magic,” Shelton said in a statement.

The song quickly caught on, and became Stefani’s first entry into the Hot Country Songs chart’s Top 10. The song eventually became a #1 hit.

Due to its popularity, the pair knew they had to make a music video for “Nobody But You.”

They began teasing the finished product on social media after revealing a release date for the clip…January 21, 2020.

“Nobody But You”marks only the second time that Shelton and Stefani have ever filmed a music video together, with their first being for “You Make It Feel Like Christmas.”

We’d describe the video for “Nobody But You” as being mostly romantic with a little bit of an out-of-this-world vibe.

The romance can be found throughout the clip, as Shelton and Stefani snuggle and express affection on a couch, at the beach, and at a table while eating french fries.

As for the more “fun” elements of the video, they can be found in the driving scenes, as well as a moment when the couple gets all dolled up in formal attire to sing in a cabaret setting.

Overall, the video wonderfully captures how Shelton and Stefani work so well together. They love deeply, but also aren’t afraid to get a little silly!

The official music video for “Nobody But You” can be found below.

Did we mention that Shelton and Stefani aren’t the only ones in the video? Shelton’s dog, Betty, also appears throughout the clip, and sometimes she steals the show!