By Miranda Raye on October 13, 2020
Advertisement 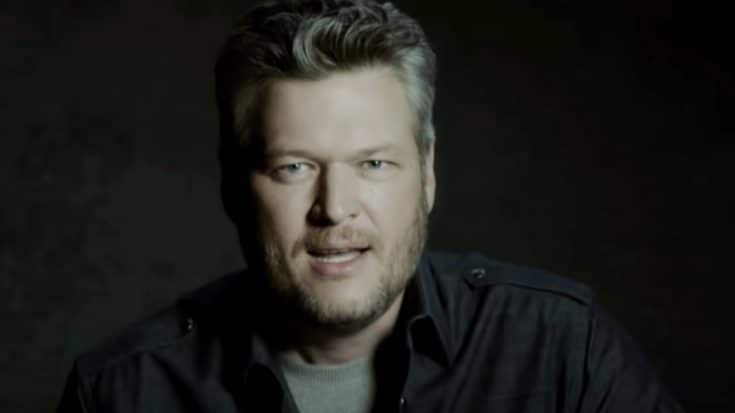 The past two years have been pretty eventful ones in Blake Shelton‘s life. His songs “God’s Country” and “Nobody but You” became #1 hits, he was nominated for a Grammy, won a CMA Award, won a season of The Voice, and his current single, “Happy Anywhere,” is a Top 10 hit.

Thanks to the success of songs such as “God’s Country” and “Happy Anywhere,” Shelton’s YouTube channel has generated a lot of views over the course of the past two years. So many views in fact, that his channel just reached a huge milestone.

Shelton’s official YouTube channel has now surpassed a total of 1.5 billon views. As you can imagine, it’s hard for Shelton to fathom that over a billon people have watched his music videos and other content on his channel.

He expressed his disbelief on social media, writing, “Am I reading this right…1.5 BILLION @YouTube video views?!?! WOW. Best fans in the world!!”

His message came alongside a video that played snippets from some of his most popular music videos, including the ones for “God’s Country” and “Ol’ Red.”

Am I reading this right…1.5 BILLION @YouTube video views?!?! WOW. Best fans in the world!!

As of this writing, Shelton has over 2.5 million subscribers on YouTube. The ten most-viewed videos on his channel are all music videos, and they are as follows:

The music video for “Nobody but You” is currently up for the CMT Music Awards‘ Collaborative Video of the Year Award.

Voting has already closed in that category, so now we just have to wait until the Awards air on October 21 to see if “Nobody but You” won. In the meantime, enjoy watching the video below.

Join us in congratulating Shelton on surpassing 1.5 billon views on YouTube. What an achievement!