By Miranda Raye on October 18, 2019
Advertisement 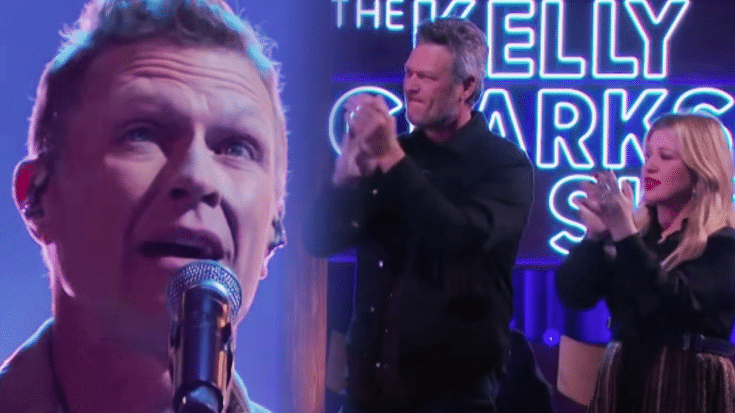 In the summer of 2016, country singer Craig Morgan found himself in the middle of every parent’s worst nightmare. His 19-year-old son, Jerry, passed away following a tubing accident on Kentucky Lake in Tennessee.

One evening, Craig found himself coping with his heartbreak through song. He told People that he woke up in the middle of the night and started writing the entire chorus of a new song about Jerry.

“It was 2:30 in the morning and there I was – singing the entire chorus in my head before I even woke up enough to put the words down on paper.”

That song became what we now know as “The Father, My Son, and the Holy Ghost.” Craig introduced the song during an appearance at the Grand Ole Opry in July 2019.

When Craig performed the song at the Opry that day, he thought that would be the only time he’d ever sing it. But after he finished, he said he got some encouragement from a country legend to continue to share it with the world.

“But standing there was Ricky Skaggs, and he told me that I simply had to perform it again. I had to get through this and find a way to share this song with as many people as I could,” he told People.

So share it he did, and Craig made the song available for purchase on iTunes.

After that, one of Craig’s fellow artists and close friends took it upon himself to get “The Father, My Son, and the Holy Ghost” to the #1 spot on iTunes, even if it pushed his own song off of the chart. That someone was Blake Shelton.

Over the course of several days, Blake embarked on an exhaustive Twitter campaign to introduce Craig’s song to more people. Some radio stations even added it to their rotations after seeing his tweets about it.

Just as Blake hoped, the song soared to the iTunes country chart’s top spot. Then, it topped the overall iTunes chart as well, and for a time, was the #1 most-downloaded song.

“Congratulations @cmorganmusic. This ones for Jerry,” Blake wrote after the song achieved its incredible feat.

Ladies and gentleman one of the hardest things to ever achieve in music is having a #1 selling song of ALL music ALL genres. You can’t fake it. The song has to touch people. Congratulations @cmorganmusic. This ones for Jerry. pic.twitter.com/0oTeYplikj

Craig expressed his thankfulness to Blake in his own tweet.

“Blake Shelton. You are an awesome friend and champion for country music. We love ya, and I cannot thank you enough,” he wrote.

So you can imagine how touched Craig was when, during an appearance on The Kelly Clarkson Show, he was surprised with a visit from Blake himself.

Blake, Kelly, and guest Eva Mendes all sat and watched as Craig delivered yet another emotional live performance of “The Father, My Son, and the Holy Ghost.” All three had tears in their eyes throughout the song. They were flat-out crying by the time they rose to their feet at the end.

You can watch Craig’s moving performance below. Be sure to keep some tissues close, because you’ll need them.

You can listen to “The Father, My Son, and the Holy Ghost” on Apple Music by clicking here.