By Miranda Raye on March 24, 2020
Advertisement 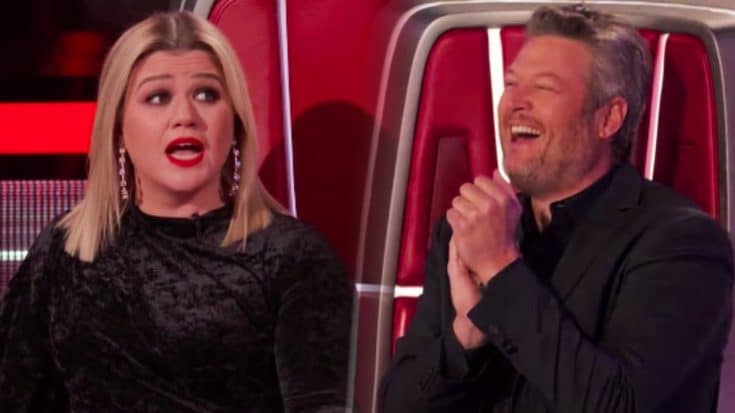 After so many seasons on the air, The Voice has to make a change every now and then to shake things up. The show introduced a change to the battle rounds during Season 18, and this change threw the viewers and coach Kelly Clarkson for a loop.

In the past, coaches had the chance to “steal” a contestant who lost a battle. Each coach only got the chance to use one steal throughout the battles.

Of course, multiple coaches could try to steal the same contestant, at which point, the contestant would be left to pick their new coach.

However, things changed a bit in Season 18.

As host Carson Daly explained, coaches now have to wait to use their save and give the other coaches the chance to steal. Once the contestant steps off of the stage, steals can no longer be used and the contestant’s original coach can then jump in with a save.

#VoiceBattles have officially begun… but the rules are a little different this time around. ? pic.twitter.com/tznsdYnVRo

In addition, the four artists who earn the save will go on to compete in a four-way knockout round.

These changes weren’t absorbed by Kelly Clarkson, who misunderstood the timing for her to use her steal. This resulted in her losing out on the chance to snag a highly desired contestant.

Team Blake’s Joei Fulco and Todd Michael Hall wowed the judges with their performance of Tina Turner’s “The Best” during the battles. After the battle, Clarkson made it clear she was a fan of Hall’s, even though she didn’t turn for his blind audition.

“Your voice is insane,” she said. “I don’t think anyone on the show is like you.”

That feeling when it’s time for #VoiceBattles… ?

Shelton decided to name Fulco the winner of the battle, and it seemed like Hall was going to be sent home. However, Shelton jumped in at the last minute and used his only “save” on the singer, prompting a disappointed response from Clarkson.

It turns out Clarkson planned to steal Hall, but misunderstood the new rule and thought she had more time to use her steal. “I was always going to do it but I was being dramatic,” she said, saying that she was initially hesitating to build suspense.

You know how the saying goes…you snooze, you lose!

Tune in to the video below to watch Fulco and Hall’s battle and the drama that unfolded when Clarkson released she missed her chance to use her steal.