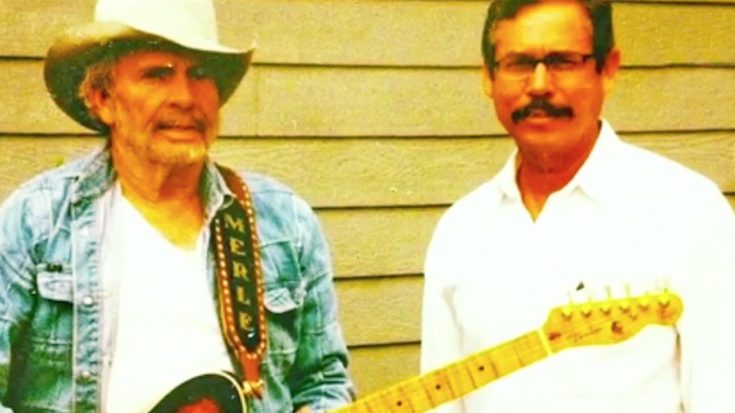 Just a few days before the one year anniversary of country legend Merle Haggard’s death, one of his longest friends is opening up about their friendship, how he found about about his death, and how it has affected him.

Haggard and Ray McDonald’s friendship goes back several decades to before McDonald was in high school. He looked at “The Hag” as a father figure. He revealed that their relationship was so close that when he needed a place to live, Haggard and his then-wife Bonnie Owens opened up their home to him.

“I asked them if I could live with them my sophomore year of high school, and Bonnie and Merle said yeah, so I lived with them up here in Old Hill,” he said.

He stayed in touch with The Hag up until he received a call on April 6, 2016, Merle’s 79th birthday.

“Benny [Merle’s youngest son] called me and he said ‘Raymond, dad took the 9 o’clock train…and I told him, ‘This is the call I dreaded all my life.’“

Towards the end of Haggard’s life, he cancelled a bunch of shows due to pneumonia and complications that came with the illness, but according to McDonald, he was dealing with something a bit more serious.

“I’ll never forget this,” he told ABC’s Bakersfield affiliate. “He raised and pointed his finger at the sky and he said, ‘If this cancer is back, I’m not gonna let ’em treat it, I’m goin’ home to see my dad.”

Haggard previously battled lung cancer in 2009 and had a successful surgery which removed the cancerous tissue in his lung. He did not need to complete chemo or radiation.

McDonald is back in town to see the unveiling of Haggard’s restored home he grew up in at the Kern Country Museum on Sunday (April 9).

“I’ve seen him in a lot of dreams. He’s happy, he’s young, he’s usually playing guitar and singing, kidding me about something,” he said.