By Jennifer Pernicano on November 20, 2017
Advertisement 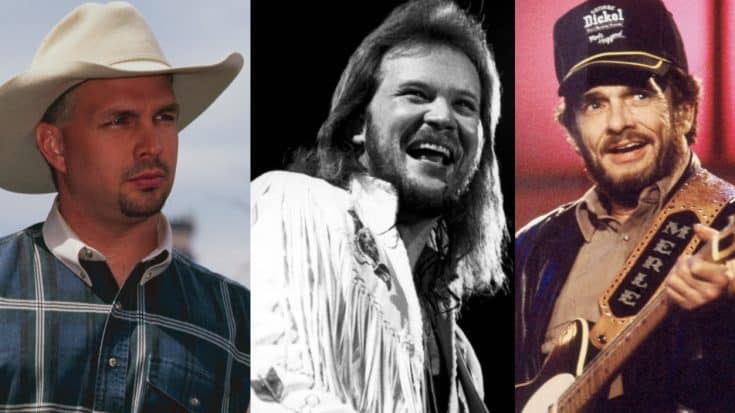 ‘Tis the season! Well, not quite yet…

With the holidays just around the corner, it seems as though Christmas music overtakes any shot at a successful Thanksgiving song.

Although these songs aren’t technically about Thanksgiving, the following ten songs, in no particular order, detail what Thanksgiving is all about: being thankful for what you have.

Although this song is included on the Oak Ridge Boys’ 1982 Christmas album, the meaning is all about being thankful. Even when kids get “Kool-Aid on the couch,” they are still a blessing.

This classic Garth Brooks song may be a love song, but it reminds you to be thankful for that love, with lyrics like, “there I thanked the good Lord/For the gifts in my life.”

In this song, off Merle Haggard’s 1987 album Chill Factor, he thanks God for the woman he fell in love with and has a one final request. “Help me to prosper and be fair in all things that I do,” he sings.

Martina McBride’s 2002 number one hit tells a story of a woman who is blessed in many ways. She “gets to hear [her] children laughing down the hall through the bedroom door,” and sits on the front porch reflecting on how love is a “beautiful gift.”

This Montgomery Gentry hit from 2007 catapulted to the No. 1 spot on the Billboard country charts, and there’s no surprise why. Eddie Montgomery opens up the song singing about the things that annoy him, like his favorite football team losing, or how he hates his job, but then, he remembers how lucky he is. The late Troy Gentry’s harmonies come in at the chorus with the lyrics, “I look around at what everyone has/And I forget about all I’ve got/But I know I’m a lucky man/God’s given me a pretty fair hand.”

6. “Thank You For A Life” – Kris Kristofferson

Kris Kristofferson released “Thank You For A Life” on his 2006 album This Old Road. It was his first album of new material in 9 years! In the lyrics, Kristofferson thanks God and his wives for giving him the best gifts of all, his 8 children. “Thank for the little girls you gave me, Thank you for them bouncing baby boys,” he sings.

Country singer Sara Evans took this song to No. 2 in 2001 on the country charts, but it was originally recorded by Edwin McCain in 1999 for the soundtrack for the film Message In A Bottle. The entire song is about being thankful for what she has in her life from the rain, to smiles, to love, and more.

John Denver included this song on his 1974 album Back Home Again. When writing this song, Denver felt “peaceful, happy and content” about a lot of things in his life.

Travis Tritt covered this song in 2000 and it went to the top of the charts. He sings about not having much, but having enough to be happy. “And it’s a great day to be alive, I know the sun’s still shinin’ when I close my eyes,” he sings as he reflects on the 15 years since he left home.

Keith Urban released this song in 2000 and it became an instant hit. It also became his very first No. 1 single. He sings about a man who doesn’t have many possessions, but he has something better – love. Urban sings, “I must’ve been born a lucky guy, Heaven only knows how I’ve been blessed with the gift of your love.”

Will you be playing these songs during Thanksgiving dinner? We sure will! Happy Thanksgiving, y’all!