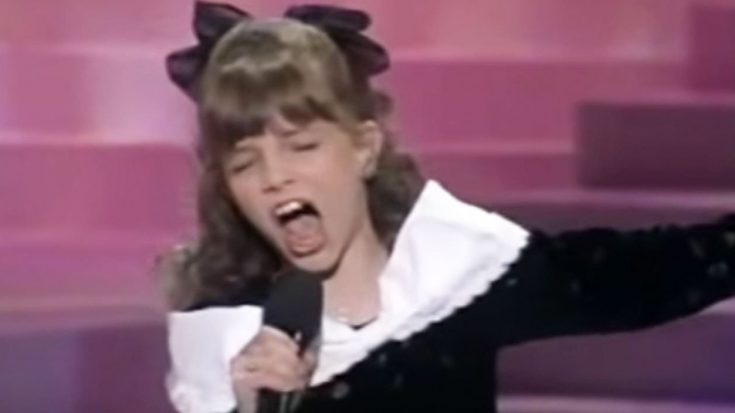 While Britney Spears had without a doubt become one of the most iconic pop stars in the history of music, the singer has earned her humble beginnings at a young age when she auditioned for the singing competition Star Search. The little Louisiana girl with the booming voice blew viewers away, climbing through the competition and establishing a name for herself well beyond the show.

As the singer is now known for her fiery pop hits, she did surprisingly start out her vocal career on the competition stage busting out a country hit! Then 10-years-old, Spears performed the hit song “Love Can Build A Bridge”, made famous by country duo The Judds. Spears took to the stage in a dazzling black dress with a rather large bow, and captivated her audience with the deep and emotional lyrics.

Though we’ve grown to recognize Spears for her unique vocals, we couldn’t help but be mesmerized by her incredible sounds and vibrato! Sending the audience into an uproar of applause as she begins to belt into her microphone, it’s no surprise this little girl went on to pursue a career in music!

Check out her performance below!