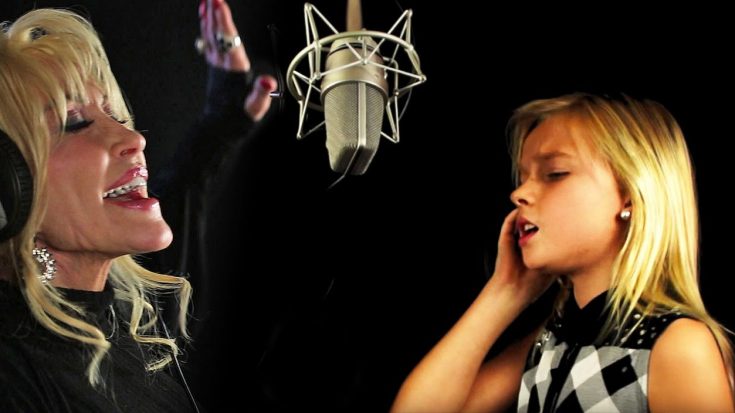 10-year-old Jadyn Rylee took Dolly Parton fans by storm when her incredibly advanced performance of “Jolene” lefts viewers with their jaws dropped and minds blown! A viral sensation, the young girl is no stranger to admirable praise and internet success from her highly regarded performances, although her country cover launched her face into that of the southern scene.

With a voice well beyond her years, Jadyn Rylee took her viewers on a southern excursion of heartbreak, sadness, and unbelievable vocal talent. This little singer had no problem jumping into the tune’s iconic instrumentals, even swaying to the beat and letting the music carry her to a new atmosphere.

“Jolene” was a massive success for country legend Dolly Parton, ranking no. 217 on Rolling Stone Magazine’s 2004 list of the “500 Greatest Songs Of All Time”.

You can watch this little girl’s stellar performance below!