By Jennifer Pernicano on April 13, 2017
Advertisement 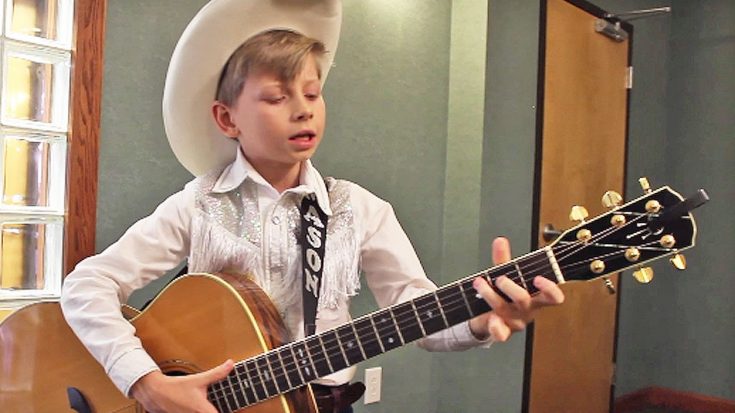 Mason Ramsey became an Internet sensation when a fellow customer at his local Walmart filmed him singing a medley of classic country songs made famous by the legendary Hank Williams.

At just 10-years-old, the youngster captured the hearts of millions of people around the globe, and at press time, and his video has over 3 million views on Facebook alone. Turns out, Mason is a Hank Williams super fan and has been performing his songs since before he was four!

His love of Ol’ Hank came from his grandfather, Ernest Ramsey.

“I had a karaoke set up in my garage and Hank Williams is my favorite, so I always had his music playing. Mason has been singing Hank songs since he was big enough to walk,” Ernest told The Southern Illinoisan.

Young Mason has performed at the Kentucky Opry on many occasions, and even rendered country star Josh Turner speechless after performing “I Saw The Light” when he was three.

Since that moment, Mason has been hooked. His biggest wish was to perform on the famed Grand Ole Opry stage, and that came true last year. He has since signed his own record deal and is on a headlining tour.

Heard ur girl and ur family are already coming, so don’t get left out bc tickets are selling out quick! On sale now ? link in bio!