By Jennifer Pernicano on April 17, 2018
Advertisement 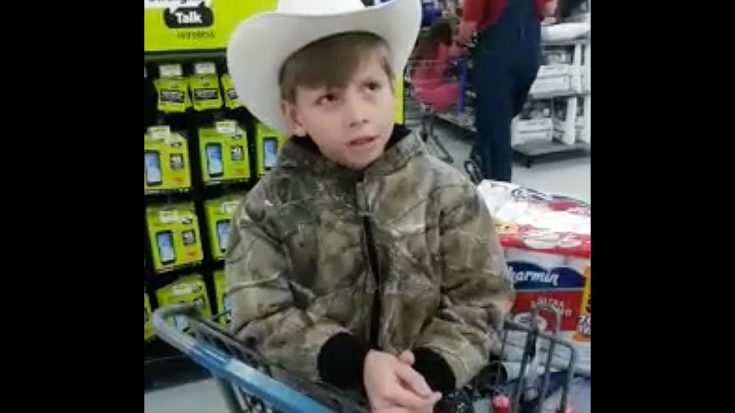 One little boy shocked Walmart customers when a normal shopping experience entirely transformed into an impromptu, live performance! 10-year-old Mason Ramsey sported a camouflage coat and cowboy hat while sitting in a shopping cart in 2017 and after being asked to sing some country classics, he happily obliged.

It became incredibly clear that little Mason was anything but camera shy, looking directly into the camera, he knocked out his first performance of the Hank Williams hit “Hey Good Lookin’.”

Nearby shoppers stood in awe as the young boy displayed his incredible talent amidst a store filled with strangers. FThey were then blown away with his version of the song “Lovesick Blues.”

Mason absolutely blew away bystanders and viewers with his remarkable voice control and brilliant ability to convey a direct emotion throughout his tunes.

Not too long after this video was taken, Mason went viral, once again, when he sang “Lovesick Blues” in the middle of Walmart, leading to Grand Ole Opry appearances, a record deal, and many different festival performances!

You’ve never seen a cover this adorable and chockfull of pure talent! Check out his impromptu medley performance below!