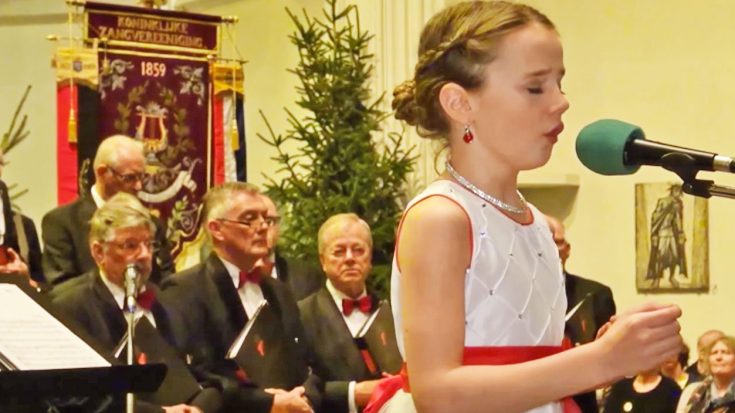 Proving that age old saying that “big things often come in small packages,” an 11-year-old girl delivers a spine-tingling rendition of Christmas classic “O Holy Night” that will leave you in tears.

Amira Willighagen was invited by the German-based Nijegen Men’s Choir to perform alongside them at their annual Christmas concert for a crowd filled by hundreds. The young girl radiates emotion through her soft yet powerful vocals, performing at a level that will leave even seasoned vocalists green with envy.

Amira won the sixth season of Holland’s Got Talent back in 2013 at only 9 years old, and with a angelic voice like hers, it’s easy to see why. She released her debut album, Amira, in 2014, reaching Gold status a short two weeks later.

Known mostly for singing classical music, such as “Ave Maria,” her second album was a holiday themed one titled Merry Christmas. You can watch her chilling rendition of “O Holy Night” in the video below!