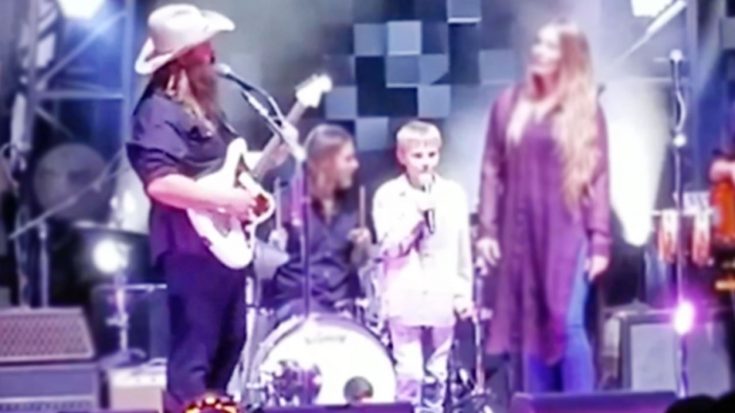 Standing center stage next to one of the most popular singers in country music may be nerve-wracking for some people, but not for this particular young boy. At Chris Stapleton’s show in Cincinnati, Ohio last week, a boy with Tourette Syndrome named Connor showed no fear when he was invited to sing with the award-winning country singer/songwriter.

According to Connor’s mother, Gloria Bechtel, “country music is like medicine to him. He uses country music to help him when he has bad days, which he has a lot of lately.”

Connor is trying to raise awareness for Tourette Syndrome through the power of country music. Bechtel says, “He just wishes kids would understand Tourette Syndrome a little more and that they are not different.“

While singing “Tennessee Whiskey” with Stapleton, he knew every single word and when he hit the high note at the end the first verse, it will put an immediate smile on your face, especially after seeing Stapleton, and his wife Morgane’s reactions.

We know Stapleton made Connor’s day by asking him to perform “Tennessee Whiskey” with him, and by watching this video, Connor made ours! Watch their incredible duet below!