By Manly Bryant on March 4, 2016
Advertisement 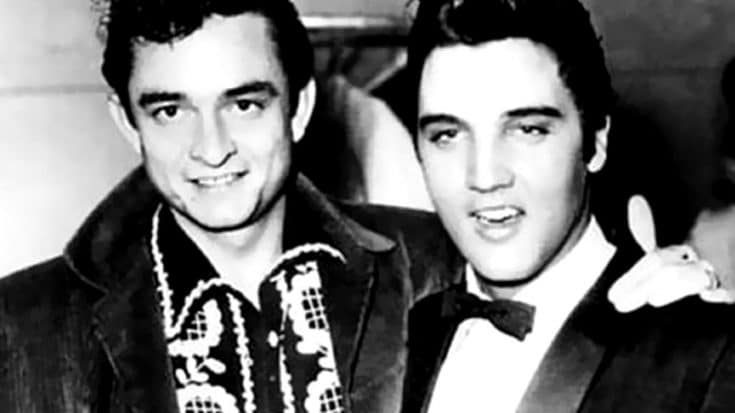 Way back in 1956, a group of legendary singers found themselves all inside the same recording studio by pure chance.

Carl Perkins, known for his self-penned hit “Blue Suede Shoes” was the first to arrive at Sun Record Studios in Memphis, Tennessee. The owner of the studio had brought in one of his latest new acts, Jerry Lee Lewis to play piano for the planned recording session. Just a short time later, a young 21-year-old Elvis Presley stopped by to pay a casual visit to his friends at the studio and stayed to listed to Perkins’ session – which he thought was a solid performance. At some point during the session, country artist Johnny Cash (who had recorded at the studio previously) arrived and the four talented artists struck up an impromptu jam session forever labeled as the Million Dollar Quartet.

Now, in a brand new revival of the legendary collaboration, CMT has commissioned a new series as part of their new push for more original programming on the network. They recently held a nationwide casting call for Million Dollar Quartet at Elvis Presley’s former middle school in Memphis, Tennessee to find the perfect fit for portrayal of these hitmakers.

So far, CMT has revealed who has been cast as Presley, Cash, and Lewis in the series and is set to unveil the actors for the final piece of the quartet and additional musical influences before the series begins filming this spring. Drake Milligan has been chosen to portray 21-year-old Elvis in the series and, fittingly, has been working as an Elvis impersonator after developing a passion for “The King” at just eight years old. A Texas native, the high school senior began performing Elvis’ material for retirement homes and church groups as a child and has fine-tuned his performances over the years. Cast as “The Man In Black”, Kevin Fonteyne (also a Texas native), moved to New Hampshire shortly after birth and became heavily involved in acting programs as a youth. After graduating high school, he moved to Los Angeles in pursuit of his acting dreams. He has been cast in various episodes of nationally-acclaimed tv series and earned recurring roles on Melissa & Joey and Masters of Sex. “The Killer” will get a revival by the actor known for his role as Sam Pope in the British sitcom Parents. Christian Lees has also gained time on screen in Tale of Tales and Big Bad World. Lees has an identical twin brother who is also an actor and both were featured as part of HELLO! Magazine’s “Rising Stars of 2015”.

We can’t wait to see exactly how this all unfolds and are on the edge of our seats waiting to hear who will be cast as the final member of the Million Dollar Quartet: Carl Perkins!

Watch the video below of where the Broadway Musical cast of Million Dollar Quartet (which was the inspiration for the series) sings on David Letterman!