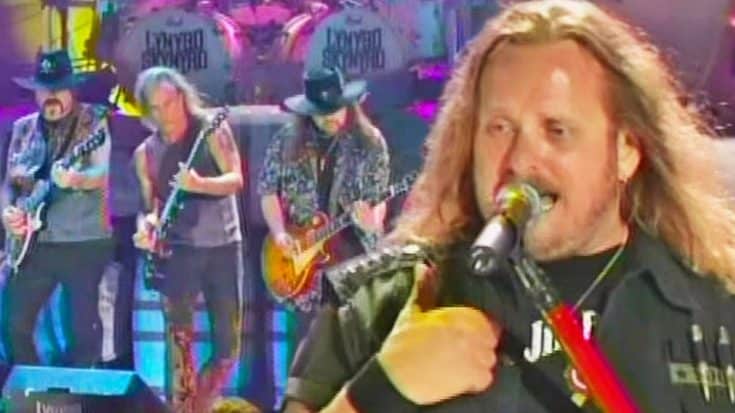 In 1973, a new era started in Southern rock, after a band by the name of Lynyrd Skynyrd released their debut album. Over the course of the years that followed, Skynyrd found themselves as the undisputed kings of Southern rock.

Following the tragic plane crash in 1977 that claimed the lives of lead singer Ronnie Van Zant, guitarist Steve Gaines, and backup singer Cassie Gaines, the band went on a ten year hiatus. For a short while, it seemed like Skynyrd’s reign in rock ‘n’ roll was over. But the band eventually reunited in 1987, and have been going strong ever since.

In 2003, the group celebrated their 30 year anniversary with the release of their Vicious Cycle album. To further their anniversary celebration, the band kicked off a massive tour that same year, which took them all over the United States, Canada, and Europe. But one of their earliest stops was at the AmSouth Amphitheatre in Antioch, Tennessee.

Skynyrd included a few of their newer songs on the setlist, but for the most part they packed their concert full of their classic hits, including “Gimme Three Steps.”

The whole performance was one big party, with the crowd clapping their hands above their heads and Johnny Van Zant, Gary Rossington, and Rickey Medlocke running around on stage. At one point in time, Rickey even sat down on the stage and Gary kicked him over, so Rickey just kept playing from where he was!

This fun-filled performance captures the reason why Skynyrd still rules Southern rock. Check it out below!