By Miranda Raye on April 6, 2016
Advertisement 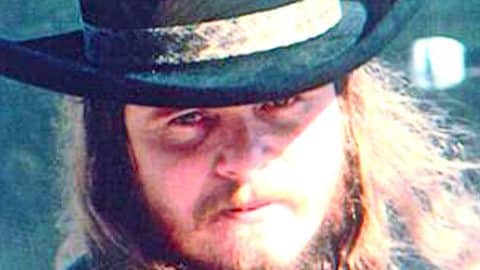 As the lead singer of Lynyrd Skynyrd, Ronnie Van Zant was the subject of great interest to the press. But Ronnie typically wasn’t interested in being interviewed, since people always seemed to ask him about his personal life, rather than Skynyrd’s music.

Disc jockey Jim Ladd, the host of the popular radio program called Innerview, was different. He was curious to learn more about Skynyrd’s songs, and Ronnie was more than happy to talk to him about them.

First, Jim asked Ronnie about the band’s 1975 single, “Saturday Night Special,” and wondered if Ronnie’s thoughts echoed those expressed in the song. Written by Ronnie and Ed King, the song addresses the issue of gun control, and associates the cheap handguns called “Saturday night specials” with impulsive violence.

As Ronnie told Jim, he had seen a great increase in random acts of violence back in his hometown because of the same cheap handguns he sings about in the song.”If you watch, where I come from…it’s homicides every night because of that,” he said.

Jim then transitioned to ask Ronnie about “Gimme Back My Bullets,” which he said as a listener, was confusing to him as a song that followed “Saturday Night Special.” But once Jim understood that the song wasn’t about real bullets, he was much less confused. However, as Ronnie shared, many of Skynyrd’s fans took the phrase “Gimme Back My Bullets” a bit too literally:

“We quit doing the song on set, because almost every audience for about a month would just throw a handful of bullets…I said ‘Gimme Back My Bullets’ and they let me have it!”

Wow! Too bad that Skynyrd had to stop performing “Gimme Back My Bullets” at the time. Over the years more people have come to understand the song and its true meaning, which we’re sure would have pleased Ronnie.

Tune in below to check out the rest of Ronnie’s interview!