By Manly Bryant on April 15, 2016
Advertisement 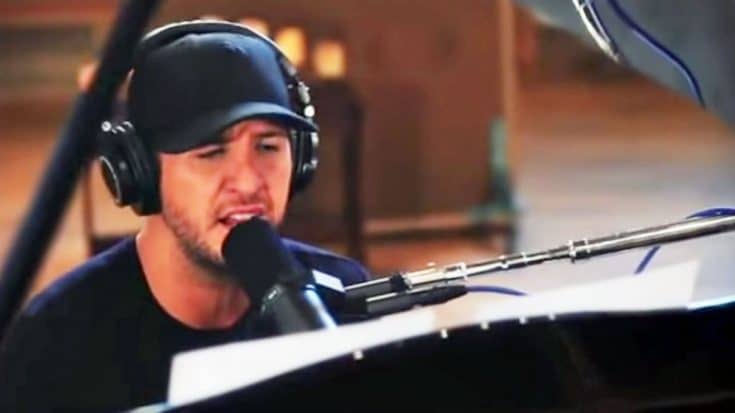 Known around the world for his seemingly endless string of hit country songs (and his trademark booty-shaking), Luke Bryan took to a piano for a different kind of tune in what is a one-of-a-kind performance!

As the opener for country star Jason Aldean, Luke turned from his standby guitar, to one of the pianos on stage.

We just wrapped up the "My Kind Of Party Tour". Check out my exclusive one on one interview with the man himself, Jason…

Giving the hollering crowd of fans a glimpse at what he does to “warm up” for a concert, Luke tries his hand at one of Adele’s first supersonic hits.

Stunning the entire crowd and most of the internet, Luke sounds off on a few riffs of the song, having the audience fill in the blanks, and he does a frighteningly good job of covering the most popular female singer in the world!

Ushering in a new version of “Someone Like You“ while he tickles the ivories, Luke has fans begging for more when he stops after just a couple verses.

This is definitely a must-see video! Check it out below!