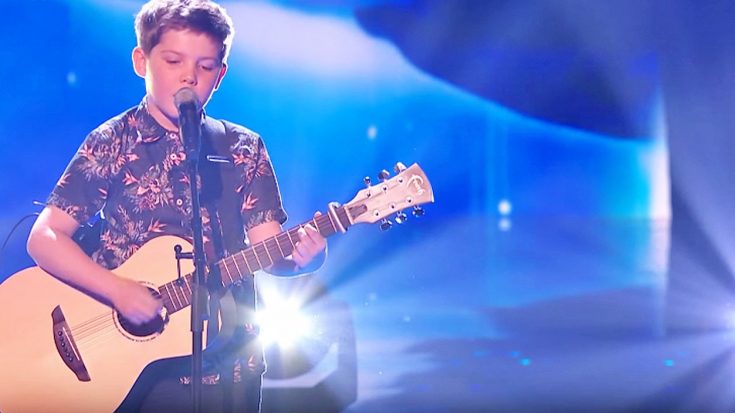 Looks like Tim McGraw has fans across the pond! Gearing up for the final performances of 2017’s season of The Voice UK Kids, 12-year-old Jake from Wigan, England delivered a heart-melting rendition of McGraw’s critically acclaimed “Humble and Kind.”

Landing a spot on Voice coach will.i.am’s team in the Blind Audition with a spot-on delivery of John Legend‘s “All of Me,” young Jake proved his worth on the team through his performance of the emotional country song. Armed with his acoustic guitar, the talented young vocalist brought noticeable emotion to members of the audience.

“Humble and Kind” was released as the second single off McGraw’s 2015 album, Damn Country Music. Amongst a plethora of awards and nominations, the country ballad penned by songwriter Lori McKenna went on to win a Grammy Award for “Best Country Song” in addition to “Song of the Year” at the 2016 CMA Awards.

You can watch “Humble and Kind” below.