By Miranda Raye on March 20, 2018
Advertisement 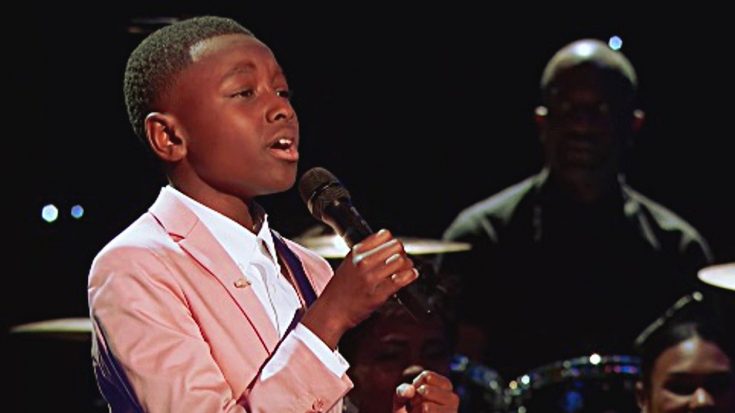 Out of all of the competition series out there, one manages to set itself apart. That series is Little Big Shots, which devotes itself to showcasing the talents of remarkable children.

The show’s first season debuted in 2016, and it was a smash success. A second season followed in 2017, and the third season just debuted on Sunday (March 18).

Already, you can tell that this season of Little Big Shots has a whole host of talented children to share with the world. One of those young talents is a 12-year-old boy named Miles.

At his young age, Miles is already a skilled and experienced gospel singer. His large voice doesn’t even seem to fit his 12-year-old body, as you’ll see when you watch his Little Big Shots performance below.

With an entire studio audience and the show’s host Steve Harvey looking on, Miles effortlessly flowed into his performance. The song he chose to sing was “For Every Mountain,” which was recorded by gospel artist Kurt Carr.

It’s clear that Miles wanted to push the limits of his talent, because “For Every Mountain” is not an easy song to sing. It has a lot of moments that call for long, high notes, but as you’ll hear, these were no challenge for Miles.

By the end, Miles had tears in his eyes as the entire crowd soared to their feet. Steve stormed the stage to be by his side, calling on everyone to put their hands together for the talented young gospel singer.

It’s time for you to hear this young man’s remarkable performance below. He’ll take you to church, that’s for sure!