By Jennifer Pernicano on April 20, 2016
Advertisement 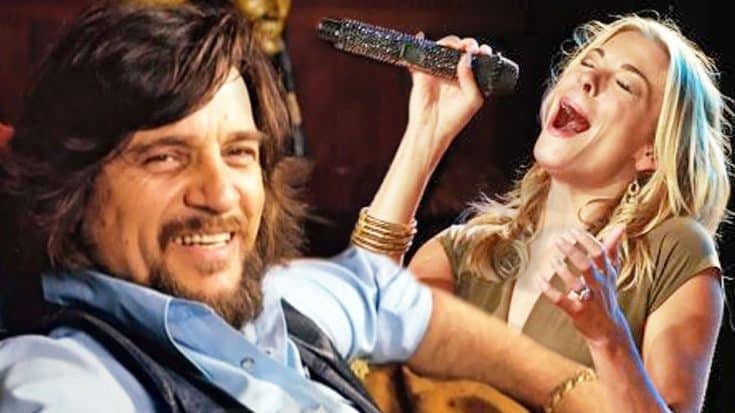 She often performs classic country covers and it goes over quite well with her audience. On this particular day, she performed “Good Hearted Woman” and boy, do we wish we were in the audience!

This performance shows off just how much Rimes enjoys country music and singing. During the musical breaks, she dances around the stage, completely enjoying herself!

Jennings wrote the song with his good friend Willie Nelson after reading an advertisement in the newspaper calling Tina Turner a “good hearted woman loving two-timing men”, which was a reference to her then-husband, Ike Turner.

The two legendary musicians were in the middle of a poker game when the lyrics came to them. As they thought the lyrics out loud, Nelson’s then-wife Connie Koepke wrote them down.

Jennings released the song in 1972 on his album of the same name. Three years later, Jennings and Nelson recorded the song as a duet and it hit No. 1 on the Billboard country charts and No. 25 on the Billboard Hot 100 chart. It won them Single of the Year at the CMAs.

Rimes put her own spin to the classic song, but she managed to stay true to the original.

Watch her perform it below!