LeAnn Rimes Makes SHOCKING Discovery That Will Blow Your Mind

By Manly Bryant on April 21, 2016
Advertisement 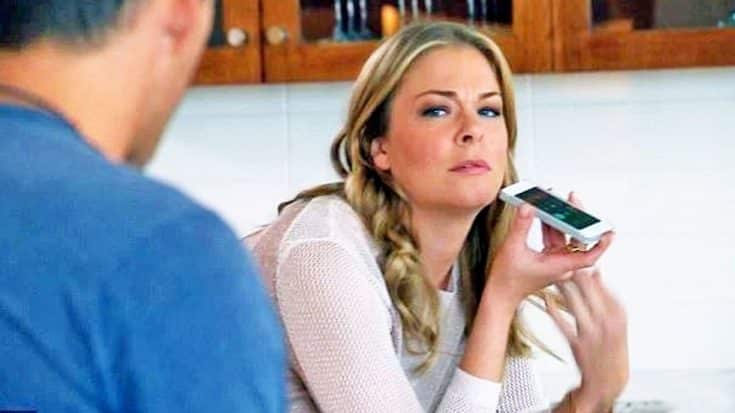 The starlet who gained worldwide fame for her Patsy Cline sounding vocals and her super-hit single, “Blue”, has recently revealed a surprising fact about her marriage.

At just 14 years-old, LeAnn Rimes was at the height of the success of “Blue” and had been performing all over the world along with making appearances on a seemingly endless number of television shows.

During that same year, Rimes took home a Grammy Award for her work on “Blue” and became the youngest person to win a Grammy in the history of the awards program.

While she was busy collecting Grammy’s, her future husband was working on his acting career and starting a boy band called 3Deep.

During these musical endeavors, the pair actually met for the first time. Rimes was just 14 and Eddie Cibrian was 23. The bizarre part? They both don’t remember meeting.

It was only when Eddie was rummaging through an old box of photos in the garage that he found a pic of them from way back in the 90s.

What a throwback Thursday for these two! Tomorrow they will be celebrating 5 years together and she says “…and we wouldn’t want to be anywhere else.”

Check out the throwback photo below and catch a glimpse of their life together in the video from their reality show below!

I was 14, he was 23. We don't remember meeting. He found this in the garage while going through boxes. 14 years later who knew we'd meet again. Crazy, all the life that happened between those two encounters, the lessons that needed to be learned. Fate? Chance? Serendipity? Who knows ? All we do know is, here we are together and tomorrow we are celebrating 5 years of being married and we wouldn't want to be anywhere else. #crazylove #lovers #friends #partners #hubby #anniversary #5years #throwback #throwbackthursday #tbt ❤️