By Jennifer Pernicano on April 21, 2016
Advertisement 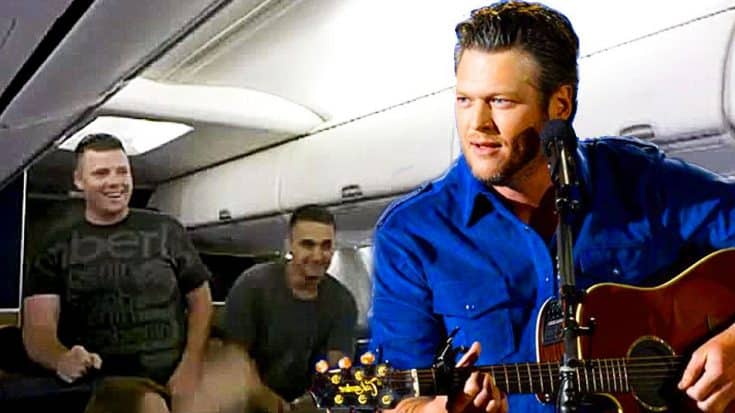 While on his way home to see his family for the first time in probably a long time, U.S. Marine Matt Bussin takes command of the speaker system to say a few words.

After introducing himself, he begins singing “Home”, made famous by Michael Bublé and Blake Shelton.

With lyrics including, “Another airplane, another sunny place/I’m lucky I know but I wanna go home/I’ve got to go home, let me go home/I’m just too far from where you are/I wanna come home“, the song is all too fitting for this plane full of Marines heading home.

The entire plane was silent, taking in the emotional lyrics as Bussin sang them ever so sweetly. When he finished the last lyric, everyone erupted in applause.

“Home” was release by Bublé in 2005 and reach the No. 1 spot on the Billboard Adult Contemporary chart.

Shelton released his version in early 2008 on his album Pure BS and features his then-girlfriend Miranda Lambert on backup vocals. The song became Shelton’s fourth No. 1 single on the Billboard Hot Country Songs chart.

Listen to Bussin’s incredible performance below.