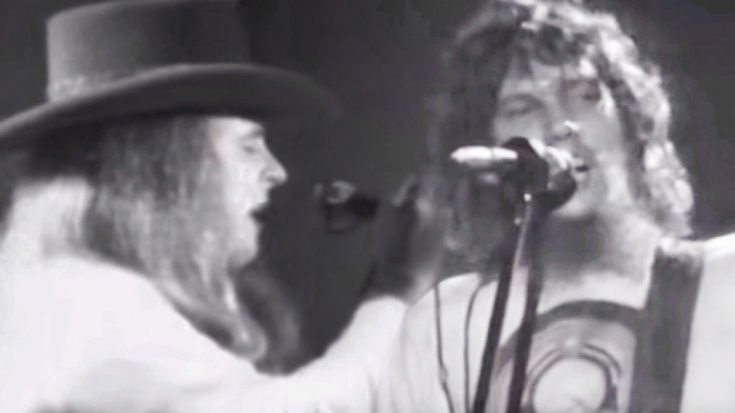 When Steve Gaines joined Lynyrd Skynyrd in May 1976, no one ever imagined how much of a mark he would leave on the group in just a little over a year’s time. Steve stepped in after guitarist Ed King left the band, and quickly proved he belonged in Skynyrd’s signature three guitar line up, which also consisted of Allen Collins and Gary Rossington.

But in addition to being a skilled guitarist, Steve had other talents that certainly didn’t go unrecognized. On Skynyrd’s seventh studio album, Street Survivors, Steve sang backing vocals, and also sang lead and co-lead on two of the tracks. Since Ronnie Van Zant always sang lead, this proved just how much faith the band had in Steve in his talents.

Steve also wrote two of the songs on the album all on his own and co-wrote two tracks along with Ronnie. Street Survivors was released on October 17, 1977, and on that day the world had a clear window into how much Steve had contributed to the group. Unfortunately, just three days later, Steve and Ronnie were both killed in a plane crash along with Steve’s sister Cassie. The crash left people asking lots of what ifs? as they wondered what Steve could have accomplished with Skynyrd if there had simply been more time.

But three months earlier at a performance at the Convention Hall in New Jersey, one audience had the chance to witness how Steve earned his place in Skynyrd. During the show, Skynyrd performed a song that Steve and Ronnie wrote together for Street Survivors, called “You Got That Right.” The audience was in for a special treat, because Ronnie and Steve sang co-lead on the song.

The dynamic between Steve and Ronnie was electric, and the combination of their powerful lead vocals and the phenomenal instrumental work from the rest of the band made for an unforgettable performance.

One of the lyrics in “You Got That Right,” is “You won’t find me in an old folks home.” Of course they didn’t know it at the time, but Ronnie and Steve were right…they never went to an old folks home. Instead, they remained forever young, captured for eternity in the musical masterpieces they created together.