By Manly Bryant on April 25, 2016
Advertisement 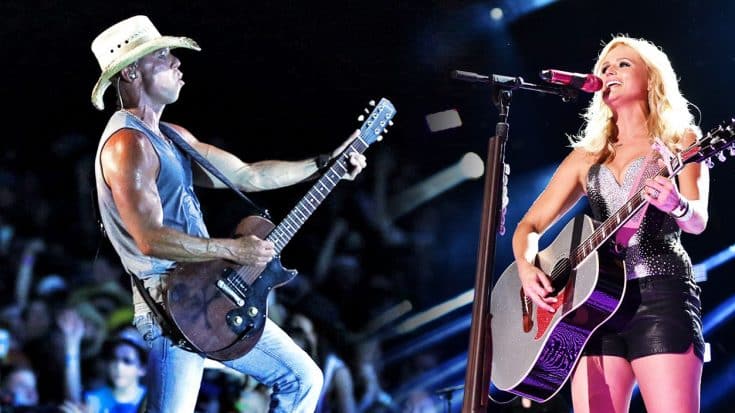 “Spreading The Love” on their tour of the same name, country superstars delivered an amazing and wonderful performance on the opening night of their U.S. tour in Alabama.

Kenny Chesney brought incredibly talented Miranda Lambert on stage to give onlookers a blast from the past with a killer rendition of his 2011 hit, “You and Tequila”.

The song, co-written by “Strawberry Wine” singer Deana Carter, was a huge hit when Chesney launched the single – crushing the charts and making its way to the top.

When Chesney recruits Lambert for this supersonic hit, the results are beyond incredible as you can hear the fans screaming wildly when they recognize the first few chords of the song.

Watch this amazing performance in the video below!