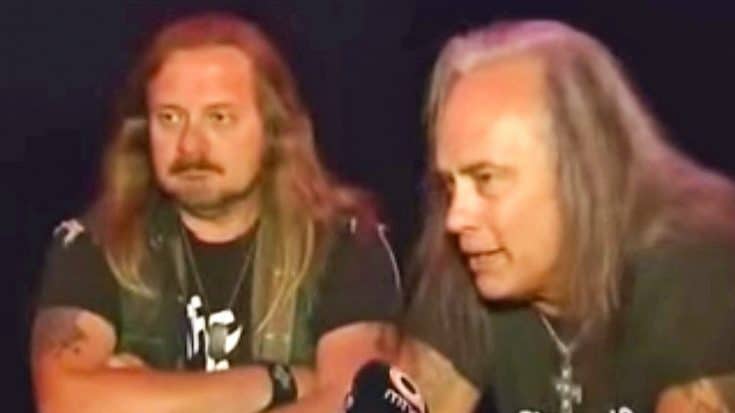 As a band that’s been around for decades, Lynyrd Skynyrd has built up a massive fanbase. But in recent years, a younger generation has started to join Skynyrd Nation, and the reason why may surprise you.

In 2006, the second installment in the popular Guitar Hero series was released, which featured “Free Bird” as one of the playable tracks. Other hits such as “Sweet Home Alabama” and “Tuesday’s Gone” were also included in later installments. For many teens who played the game, it was the first time they made the connection between Skynyrd and the iconic songs.

All of a sudden, Skynyrd Nation expanded to include a younger audience, who fell in love with their music after playing it on Guitar Hero.

During a 2009 interview with Finnish television station MTV3 in 2009, Skynyrd’s lead singer Johnny Van Zant and guitarist Rickey Medlocke shared their thoughts about how Guitar Hero changed the dynamic of their fanbase.

“I can see that whole Guitar Hero thing helping everybody, especially us, to turn really, really young people on to a lot of music,” said Rickey, and Johnny expressed that he agreed. Then, Rickey went on to tell a story about one new Skynyrd fan who discovered their music all thanks to Guitar Hero:

“I had some friends of mine, that their son said ‘my God, we discovered ‘Sweet Home Alabama’ and realized who it was by Guitar Hero…and then the very first one [on the game] was ‘Free Bird,’ and this kid had mastered ‘Free Bird.’ I watched him play it and I was astonished. It’s good that you have things like that, outlets like that, that can turn the music on to fans like that. That’s what it’s all about, is finding great music…I think that’s wonderful.”

We have to agree with Rickey. The more people who recognize Skynyrd’s immense talent and incredible music, the merrier!

Check out Johnny and Rickey’s full interview in the video below.