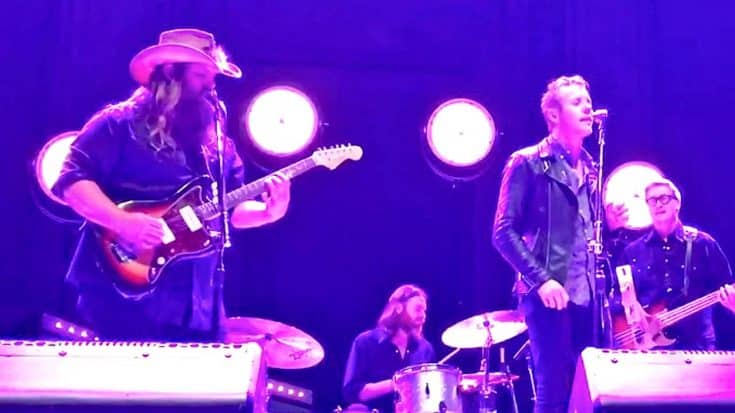 Country fans may still be buzzing about Chris Stapleton‘s tribute to Prince on Saturday night (April 23), but another gem from his performance was a duet with Anderson East on “My Girl.”

Stapleton and East performed in front of an enthusiastic crowd at the Greek Theater in Berkeley, California, and were also joined on stage by Stapleton’s wife, Morgane. The crowd started going wild right at the beginning of the song, as Stapleton sang first and crooned out the lyrics in his signature bluesy voice.

After Stapleton sang for a while, he let East take the lead, and commanded the stage with his unique, raspy voice. When the two of them finally brought their voices together, it resulted in a perfect, soulful sound that the audience couldn’t get enough of.

It’s clear that Stapleton and East had just as much fun singing “My Girl,” since both of them could be seen dancing along to the music. Morgane was also having a blast, and couldn’t stop smiling the whole time she watched her husband and East perform together.

Once you watch their performance in the video below, you won’t be able to wipe the smile off your face either!