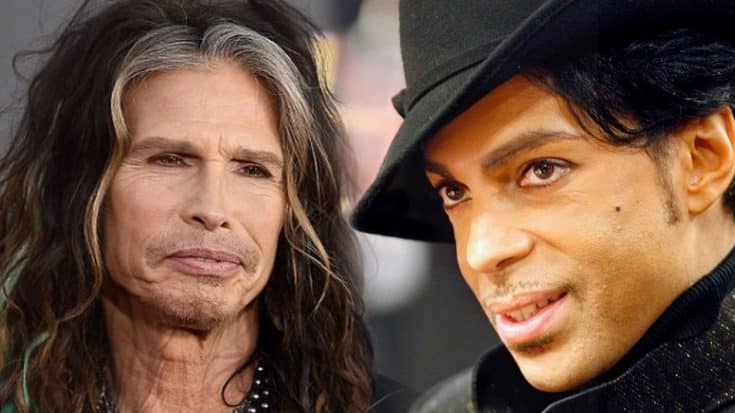 As the world mourns the unexpected death of Prince, Steven Tyler somehow finds a silver lining.

Prince was found in the elevator of his home in Paisley Park, Minnesota on April 21st and although the cause of his death is unknown, it was recently revealed that Prince suffered an overdose of painkillers just days before his death.

Tyler, like many of us, was unaware of his overdose, but spoke very highly of the legend and his affect on the world.

“I’ve certainly had my moments of crying about him,” Tyler tells People Magazine. “He was a saint. He was a musician and he spoke my language so it’s a little harder to take. I would love to just tell you [I’m crying because] we’re going to miss him and his music, but I think it’s deeper than that.“

Tyler has struggled with drugs and alcohol since the 1980s and has been to rehab “many, many times”, his latest stint being six years ago. The difference between his addiction back then and drug addiction in the new millennium, he notes that, “doctors are the new pushers.”

He explains that people are no longer addicted to “street drugs”, they’re addicted to prescribed drugs.

He’s hoping Prince’s death will be a wake-up call to those struggling with addiction. He had his realization when his idols were dying of the “same disease [he] has”.

“Janis Joplin, Jimi Hendrix, they all died so I could live,” he explains. “That’s the only way to stop me from crying is to say, okay maybe Prince died so others could live.”

“Legends never die,” he wrote. “We may have lost his body, but we’ll never lose his music or soul. Rest in Peace to music royalty, Prince.”