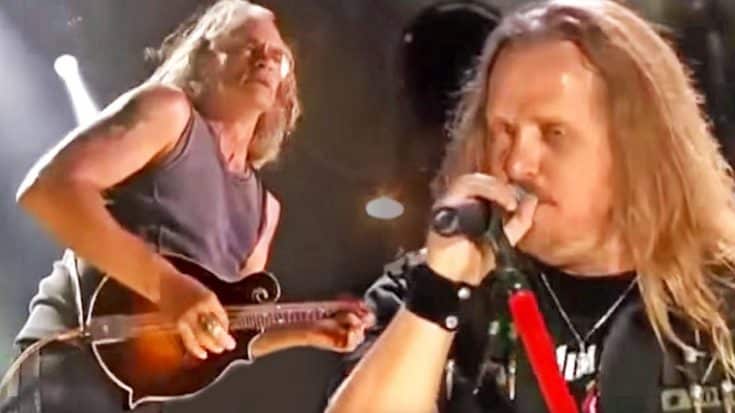 Compared to Lynyrd Skynyrd‘s other songs, “Mississippi Kid” is a bit more toned down when it comes to intense instrumentals and guitar solos. Despite this, it is perhaps one of the bands most Southern fried songs in their entire arsenal.

Written by lead singer Ronnie Van Zant, drummer Bob Burns, and the group’s producer Al Kooper, “Mississippi Kid” was included on Skynyrd’s debut album (pronounced ‘Lĕh-‘nérd ‘Skin-‘nérd). The song tells the story of a no nonsense Southern boy who is on his way to Alabama. He warns everyone else not to mess with him, singing “‘Cause if you people cause me trouble,/Then I’ve got to put you in the ground.”

During a concert on their Vicious Cycle Tour in Antioch, Tennessee in 2003, Skynyrd finished playing another one of their classics, “Tuesday’s Gone,” before lead singer Johnny Van Zant turned to the crowd to ask them a question about the next song.

“Let us know if you know this one,” he said. “Are you diehard Lynyrd Skynyrd fans?“

As to be expected, Johnny’s question was met with a wealth of enthusiastic cheers in response. It was then that the band transitioned into playing “Mississippi Kid,” and before long everyone in the audience was clapping and dancing along.

The mandolin part in “Mississippi Kid” is what gives the song its unique sense of Southern charm. Because of that, Rickey Medlocke was the main star of Skynyrd’s performance, since not only did he play the mandolin part, but absolutely nailed it.

Overall, the entire group was at the top of their game during this performance, so that’s why you have to check it out in the video below!