What Do Reba, George Jones, & Johnny Cash Have In Common? – All Three Are Mascots 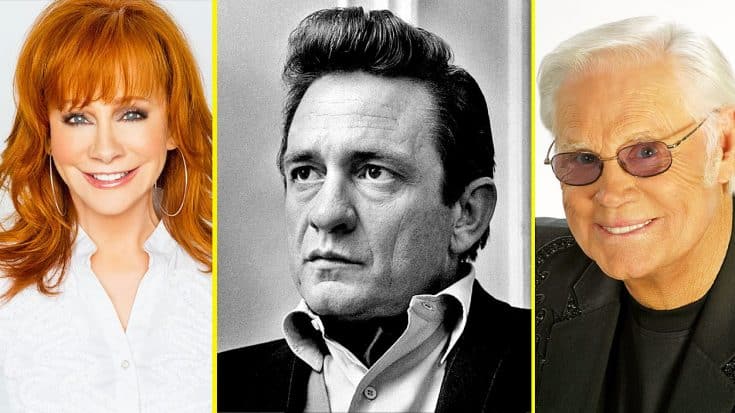 The country music community is much like a giant family, since many of its artists develop connections that sometimes last for decades. Because of this sense of closeness, it isn’t unusual to see country stars pair up with one another for duets or other projects, even if they never worked together previously.

Country stars also share similarities when it comes to their upbringings, where they were born, or who their musical influences are. But recently, fans learned about a surprising connection between three country artists that really has people talking.

Who knew that Reba McEntire, Johnny Cash, and George Jones shared something in common? Well, besides being three of the biggest stars in country music history, it turns out that all three artists are also…mascots?

That’s right, McEntire, Cash, and Jones were given the mascot treatment to kick off a new tradition for the minor league baseball team The Nashville Sounds. All three country icons were turned into giant mascots for an event called the Country Legends Race. The mascot versions of McEntire, Cash, and Jones battled against one another in a race, and as of right now, they each have three wins. The Sound’s owner Frank Ward told MiLB.com that it took a while to make the Country Legends Race happen, but it was worth it in the end:

“The challenge was getting the stars to agree, whether they were living or if we were dealing with their estate. Reba McEntire was the first to give us permission. She’s a fan. She said she’d love it. And once we got that first star, we went to the estates of Johnny Cash and George Jones and they were in favor of it…We’re hoping that as it picks up momentum we can have a cadre of stars alternating in different races.”

Ward says the fans thoroughly enjoyed the race, which makes him feel confident that it will now become a beloved tradition for the Sounds.

“We didn’t want a sausage race, a mascot race, a president’s race,” he said. “This is Nashville, and we wanted a unique experience.”

When an artist’s mascot crosses the finish line, the speakers blare their victory song, which is “Why Haven’t I Heard From You?” for McEntire and “I Don’t Need Your Rockin’ Chair” for Jones. You can enjoy listening to the Cash mascot’s victory song below, “Get Rhythm.”

Which country artists do you think should be the next ones turned into mascots?