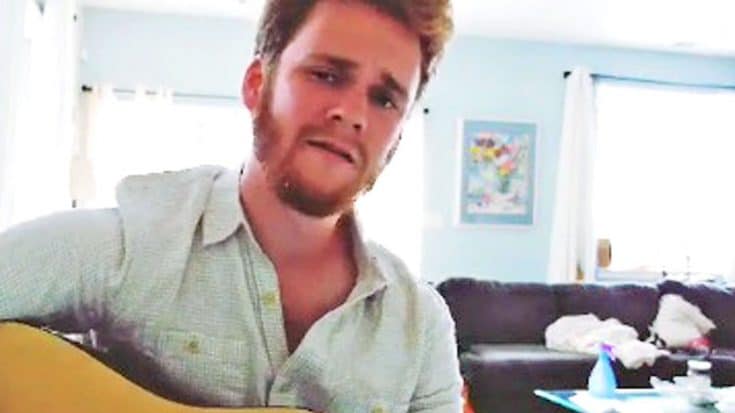 Ben Haggard continues to carry the torch of his father’s legacy.

Merle‘s youngest son proved from a young age that he inherited his father’s musical talent. Ben started playing guitar with his father’s band, The Strangers at 15, and was serving as his lead guitarist before Merle passed away on April 6.

Ben is set to pay tribute to his father along with his brother Noel, The Strangers, and special guest Jamey Johnson during a performance at the Dauphin Countryfest in Canada on July 3. Merle was originally scheduled to perform that night, but his sons will now be the ones to share his music with all who attend.

For years, Ben has been recording videos of himself singing some of his father’s classic tunes. In the weeks since Merle’s death, Ben’s covers have taken on a whole new emotional meaning, since it’s clear how much he misses his father.

Recently, Ben chose to cover his father’s song “Carryin’ Fire,” which was included on Merle’s 1983 album That’s the Way Love Goes. Written by singer-songwriter Red Lane, the song tells the story of a man who is devastated over the loss of his love. Even though she’s gone, the narrator can’t extinguish his love for her, singing “I’m out of control the flame’s ever high/But what can I do I’m burning for you carryin’ fire.“

Ben’s voice is something straight out of his father’s era, with a rich, classic country sound that fits “Carryin’ Fire” perfectly. He’s also a talented story teller, as he conveys the emotion behind each word in his voice and expressions.

We love everything Ben’s done in the past, but this cover really blew us away! Listen to it below…it’s guaranteed to make your heart melt.

It seems that Merle’s legacy is in good hands, wouldn’t you agree?