They Told Him His Military Dad Wasn’t Coming Home…Now Watch The Door. I’M IN TEARS!

By Jennifer Pernicano on April 27, 2016
Advertisement 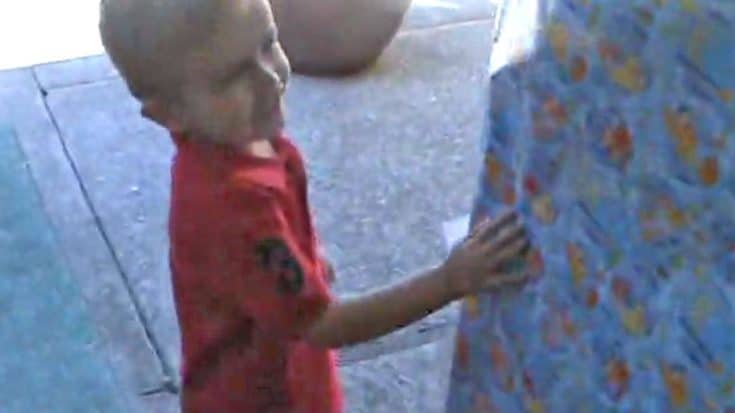 When this little boy was told that his grandma sent him a large present, he was bouncing with excitement! That excitement turned into another emotion quickly when he realized what was inside.

He finally had one side unwrapped and he was able to open the box. Inside was his father, who serves in the U.S. Military and was on deployment. His family planned a wonderful homecoming surprise for the young boy, who will remember this forever.

He continues to jump up and down in excitement and says “Hi!” over and over.

It was a very emotional moment that we’re glad their family filmed to enjoy for years to come. Once the boy got over the initial excitement that his father was home, he wanted to start playing with his dad right away! Oh, to be a kid!

If you’re wiping away tears while watching this video, you are not alone! We did too.

Watch the incredible homecoming reveal below.