Reba McEntire Reveals Why She Was Scared To Meet Merle Haggard

By Jennifer Pernicano on April 27, 2016
Advertisement 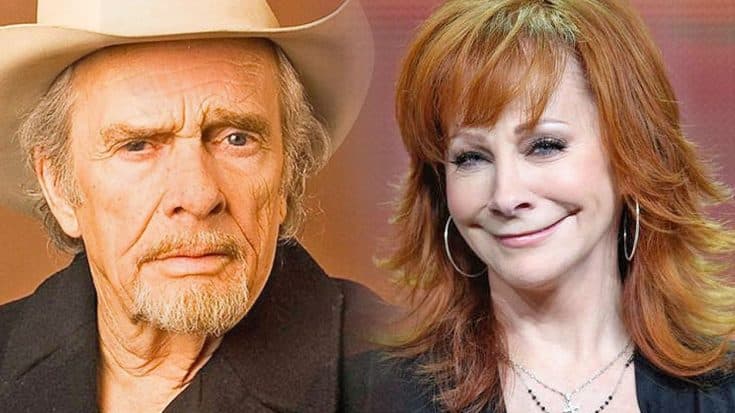 Reba McEntire has been in the music business for 40 years and has made lifelong friendships with so many legendary artists.

She stopped by the daytime talkshow The Talk and revealed some details about her first meeting with Merle Haggard that we had no clue about!

Haggard, who passed away on his 79th birthday on April 6th, had a legendary career spanning over five decades and is looked up to by countless artists of all genres.

She tells the ladies that she was afraid to because her expectations of him were so high.

Before that concert, she and Haggard were both in catering and someone came up to her asking if she wanted to meet him, to which she said, “No I don’t.” Surprised, the staff person asked why.

She eventually met him and “absolutely fell in love with him, as everybody did”.

“He’s a sweetheart of a guy,” McEntire said. “And we miss him tremendously.”

Watch her tell the story below.