Merle Haggard’s Son, Marty, Grieves The Loss Of His Father In Emotional Interview 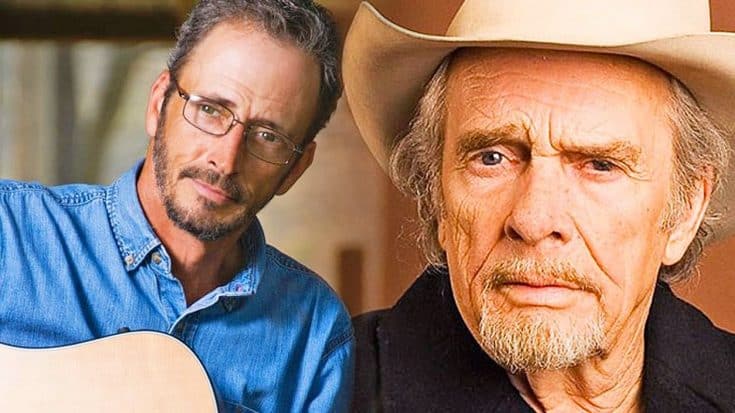 The country community continues to mourn the loss of Merle Haggard, who passed away on April 6 following a long battle with double pneumonia. Merle’s death has affected thousands of people around the world, none more so than his close friends and family members.

Merle is survived by his six children, Marty, Noel, Dana, Kelli, Jenessa, and Ben. His oldest son, Marty, is also a country singer, best known for his 1980s hits such as “I Wonder Why Trains Make Me Lonesome.”

Since Merle passed away, Marty hasn’t been able to find the strength to get back to performing. But ready or not, he’s set to step back on the stage on April 30 for a benefit concert for the PA Wounded Warriors. During an interview with PennLive, Marty said he doesn’t know if he’ll be able to control his emotions that day.

“I’m sure there will be periods when I have emotional bursts,” he confessed. “I’ll speak from my old heart. This is not a show. It’s a sharing.“

Although Marty has struggled to come to terms with his father’s death, he says he’s received an outpouring of support which has helped him cope. One of the many people who reached out to Marty after his father’s death was Vince Gill, and as they talked on the phone, Marty said, “poor old Vince started bawling like a baby.“

For Marty, the people who have comforted him since his father passed away have been bright beams of light in a dark time for him.

“My phone hasn’t stopped lighting up since he passed away,” he said. “It makes me feel good that people love him that much. Knowing people loved him like they did makes it a little easier.“

Marty plans to sing several of Merle’s songs during his April 30 performance, but it won’t be the first time he’s honored his father by doing so. He’s actually been singing Merle’s songs for years, and has done an incredible job. You can listen to him sing “Workin’ Man Blues” in the video below.

We can’t imagine the pain Marty must be experiencing right now. Our prayers go out to him and the rest of Merle’s family and loved ones.